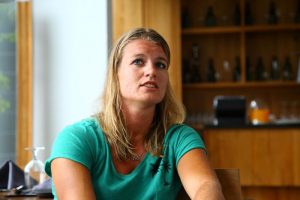 Schippers holds the European record in the 200 m with a time of 21.63 seconds and is the third-fastest woman of all time at this distance. 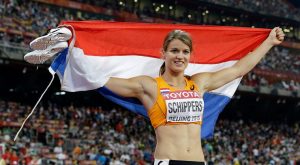 Dafne Schippers celebrates after winning the gold medal in the women’s 200m final at the World Athletics Championships at the Bird’s Nest stadium in Beijing, Aug. 28, 2015. 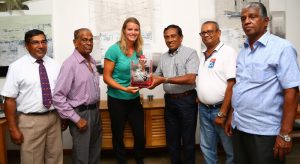