In another scintillating calendar year of competitive, hard-fought cricket, it is easy to look past all the impressive feats that come in the name of sportsmanship and goodwill. Here, we detail 2018’s ‘spirit of cricket’ top 10, running down the year’s more wholesome moments. 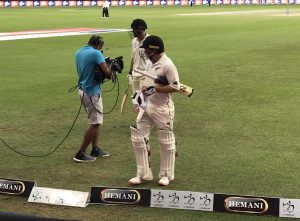 Despite having reached the close of play on day three with scores of 49 n.o. and 44 n.o. respectively, Ross Taylor and Tom Latham did not leave the field of play before showing their respect to Yasir Shah, who had completed his 10-wicket haul earlier that afternoon. The New Zealanders were skittled for 90 in their first innings and then given the run around in the field for two days, but still took the time, in the true spirit of the game, to let Yasir lead the players off. 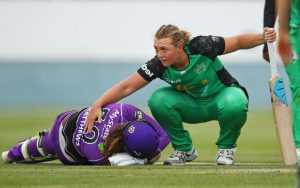 During a fierce BBL encounter between the Melbourne Stars and the Hobart Hurricanes, the Stars’ Nicola Hancock took the time to attend to the Hurricanes’ Windies star Hayley Matthews as she lay hurt on the ground. Matthews’ teammate Corinne Hall documented the heart-warming moment aptly, writing ‘Friendship always supersedes the battle’. 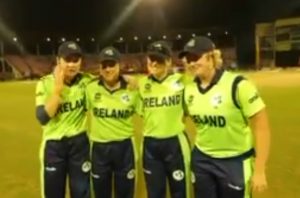 Following elimination from this year’s ICC Women’s World T20, the Irish quartet of Isobel and Cecelia Joyce, Ciara Metcalfe and Clare Shillington waved goodbye to the international circuit after serving their country dutifully in such a pivotal period for Irish cricket. In true sporting style, the New Zealand players provided a fitting farewell, as both teams sang, shared jerseys and enjoyed a poignant moment. 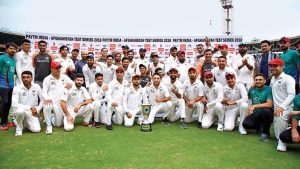 Afghanistan’s ascension into a top cricketing force has been an inspiring and ever-developing story, and their first ever Test match ended in a felicitous moment. Cricketing giants India were the victors, but winning captain Ajinkya Rahane called over the opposing team to pose for a photo, and in unison, they celebrated the team’s rise to the Test arena.

5. Imran Tahir stays behind after the game to help out opposition bowler 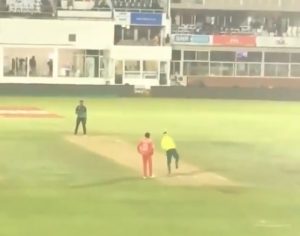 Having served up a spinning master-class in South Africa’s defeat of neighbours Zimbabwe in October, Imran Tahir did not rest on his laurels having grabbed a five-for, and stayed behind after the match to share his knowledge with the opposition’s bowlers. A show of selflessness and a wonderful example of collaboration in cricket, it could be a priceless lesson for the young Zimbabweans from one of the world’s premier tweakers. 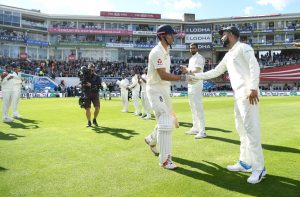 2018 saw everybody involved in world cricket wave a reluctant goodbye to England legend Alastair Cook, a batsman and captain who has served the game for over a decade in such gentlemanly and honest fashion. In his final outing, against India at The Oval, Virat Kohli’s team laid out a guard of honour in recognition of one of cricket’s all-time greats. It was touching to see such a fuss about a player who demanded so little in terms of spotlight, despite having captivated viewers for such a long time.

7. Another great calls time on a sparkling career … 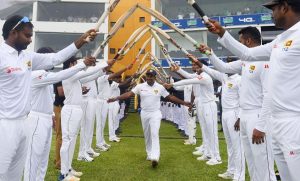 Rangana Herath’s best cricket for Sri Lanka may have come late in his career, but his impact on the game and his prowess in world cricket cannot be underestimated. After 433 Test wickets and years of wreaking havoc with the ball, Herath called it a day this year, aged 40, and was given a lovely send-off. His players held bats aloft and in tandem as he walked out to his guard of honour, before lifting Herath himself aloft after the game, parading him around the ground in celebration of his excellent career. 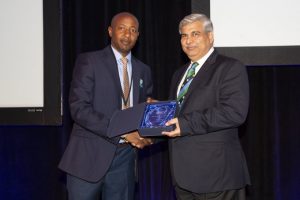 The well-being and prosperity of all should be at the top of agendas for all institutions, none more than cricket’s, and Rwanda cricket’s charity drive which supplied cricket gear and funds for 240 orphans is a symbol of cricket’s power to provide. A stunning and heart-warming achievement, acknowledged here with the ICC Spirit of Cricket award. 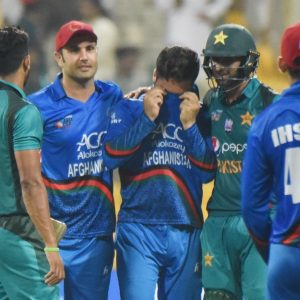 After a tense Asia Cup went down to the wire and Pakistan trumped Afghanistan by just three wickets in the last over, the victors took it upon themselves to comfort their opponents, as some found it difficult to hold in their emotions. It marked the end of their spirited campaign, and one in which they proved many just how capable they are on the elite stage. 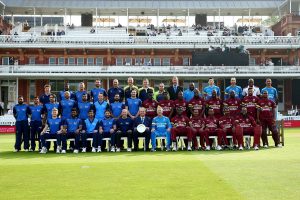 Hurricane Irma and Hurricane Maria caused devastation in 2018, particularly around the Americas. In May, the Hurricane Relief T20 Challenge, played at Lord’s and organised to raise funds for damaged stadiums in Anguilla and Dominica, was played between a star-studded World XI, led by Shahid Afridi, and the West Indies. The Windies triumphed emphatically, dominating the encounter by 72 runs, but the real winner is charity, as the occasion’s economic influence will be greatly felt in the affected areas.

Windies expected to bounce back

March 4, 2020 byRevatha No Comments
West Indies will look towards the T20I leg starting on Wednesday to end their winless tour,