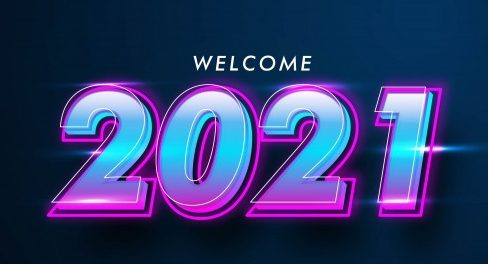 2021, so what next? : Here is a list of promising events to set the tone for an exciting year

It is quite clear that we would all want to forget about 2020 as soon as possible and put the unfortunate events that occurred last year behind us. When I was browsing social media, I saw a number of posts from various individuals talking about their hope for a much better year this time around. Of course, quite a lot of what I am seeing seems to be cautious optimism. While many people seem certain that this year should be better than 2020, none of us want to tempt fate and expect something even worse to happen in the months ahead.

Luckily, I am here to tell you that it quite possibly will not be like that at all. There is most definitely a lot to look forward to this year. Promising events are stacked up this year following the numerous cancellations that had to occur in 2020 due to the pandemic. So today, I am looking to give you a quick breakdown as to what we should expect this year and why it proves to be exciting. But first, I would like to utter that famous phrase “touch wood” so that my article does not end up jinxing anything. After all, I, like many others, have a rather rooted belief in karma, so fingers crossed we actually see a lot of positive things unfold this year.

While no clear date has yet been laid in stone about when the vaccine will become manufactured on a global scale necessary to resume normal life, it is something that the world expects to see arriving somewhere in the middle of 2021 or possibly a little later than that. There are several vaccines that are currently undergoing testing right now such as the Sputnik V and the Pfizer vaccine, so we can be cautiously hopeful in seeing something reaching the general population very soon. While the details on this are still a little vague and I myself am not a medical expert and cannot give a proper assessment as to the nature of these potential vaccines, it is still something we should keep in the back of our minds and be the source for some occasional optimism in our day-to-day lives.

The Euros were highly anticipated last year in the sports world before it got postponed; not just because it is one of the biggest international events concerning association football, but it was also marketed as a “romantic” event to celebrate the 60th birthday of the European Championship competition. Matches have been scheduled to take place in 12 different countries across Europe, so it is certainly something to look forward to, especially if you happen to be visiting Europe at the time. Football is quite a cultural event after all, which tends to bring quite a lot of people together from all walks of life. I have no doubt that it will definitely produce the same effect this year.

While we are still on the topic of sports, I think it would be only fitting of me to remind you that the Olympics is still coming up and the hype has not gone away one bit regardless of the current global pandemic. The biggest sporting event in the world is set to take place just after the conclusion of the Euros, which means non-stop entertainment is coming soon on TV for all the sports lovers out there who are crying out for something exciting. Tokyo is definitely my dream venue for a sporting event, so to see one on the scale of the Olympics coming up this year is truly a delicious prospect that should excite everyone regardless of their affiliation to sports.

No Time to Die: The latest instalment in the James Bond franchise

Moving on to films now, there is the much-anticipated release of the latest film in the James Bond franchise starring Daniel Craig. Anybody who actively follows Daniel Craig’s version of the iconic British secret agent will know just how exhilarating and jaw dropping his films turn out to be. There is also a highly talented supporting cast which features the likes of Rami Malek (who recently took the world by storm by his portrayal of Freddie Mercury in Bohemian Rhapsody) and Christopher Waltz (who is reprising his role as Ernst Blofeld, which he portrayed in the previous Bond film “Spectre”). Keep in mind, this latest Bond film is also one of the most expensive films ever made as it has an expected budget of $ 250 million. So strap yourselves in and get ready, because this latest thriller is coming around very soon as it premieres on 2 April this year.

The topic of space is one that is becoming more and more prominent these days, as Elon Musk is leading the charge for the eventual goal of space exploration and colonisation. There have already been quite a few milestone events that have occurred last year under SpaceX, such as the launch of the Crew Dragon Demo-2 spacecraft, which was the first manned mission to the International Space Station since 2011. There are far too many events to list that are happening this year, but Elon Musk and SpaceX are proving to be one of the hottest topics of interest in 2021 and you should find the time to immerse yourself in the journey as well. Just think, the possible accomplishments that SpaceX might achieve this year could ensure that your grandchildren will be flying out to space for their annual school trips. Crazy, is it not?

To top it all off, how about a videogame? After all, nothing feeds the sense of anticipation and excitement in the youth today more than a videogame. Resident Evil Village is just the hot ticket for that event, as it looks to build up from the highly successful release of “Resident Evil 2” back in 2019. There are many casual fans of the Resident Evil series and those of you that actively follow the series would have realised that Resident Evil Village is the highly anticipated sequel to Biohazard. The game will be just like its predecessor, in that it will be played from a first-person perspective and the entire system is powered by the Resident Evil engine. Hence, Resident Evil Village offers you a much more enjoyable take on horror than the type we were used to last year. It is set to release in June 2021, so strap yourselves in, because this year is the year where action and excitement await us on every front.

You shouldn’t do music for money

A note on self-love

May 17, 2020 byPavani Jayasinghe Munagamage No Comments
Self-love is a topic spoken of by everyone, from mental health practitioners and self-help coaches to social media influencers and celebrities. The views on how to engage in self-love might differ dep