25% quota and violence against women politicians – part I

With the presidential election having been announced to take place in November, it seemed like a good time to reflect on the political participation of women and the lessons learnt from the local government election. 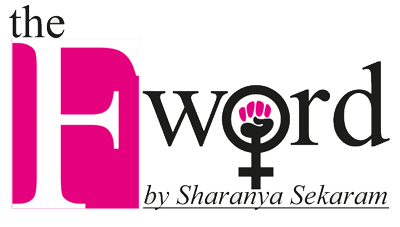 The possible nominees for the upcoming election based on those who publicly declared their intention to contest thus far has included only one woman and none from the leading and larger political parties. However, in the months following the presidential election, campaigning will begin for the parliamentary elections where we need to keep reflecting on these representation levels.

In May 2018 at the Parliament of Sri Lanka, a policy dialogue took place that looked at the implementation of the 25% for women in local government representation and the violence faced by women politicians during the recently held local government elections. The dialogue featured presentations and submissions made by various stakeholders who have engaged with the issue in a bid to understand its nature, manifestations, and interventions that have been made.

With announcements on the dates for the upcoming provincial council elections imminent, now seems like the time to revisit such conversations and remind us of what lessons we need to learn.

Sri Lanka has one of the lowest levels of representation of women in elected office globally, with 5.7% representatives in Parliament, 45% in provincial councils, and 2% in local government (prior to the recently held election). This is despite electing the modern world’s first female Head of State when Sirimavo Ratwatte Dias Bandaranaike served as Prime Minister of Sri Lanka for the first time in 1960.

In March 2016, the Local Authorities Election Act was amended to include a 25% quota for women at local government elections. The amendment effectively overturns the 25% discretionary quota for women and youth, which was put in place when the electoral system at local level was changed to a mixed proportional representation (PR) and simple majority system in October 2012.

In terms of the actual mechanics, the new amendment increased the number of seats at the level of local government by one-third, i.e. adding 2,206 seats, taking the total number of seats from 6,619 to 8,825. This increase amounts to 25% of all seats at local level. It is this increased number of seats that will be awarded to women candidates nominated by political parties on a separate list according to the proportion of votes obtained by each party at the level of each local council. Seats will be allocated according to the order of priority on this list as decided by the party. Issues arose following the elections on the practicalities of how to implement the quota, prompting women’s rights groups and activists to issue a statement urging the Election Commissioner not to default and to ensure full implementation.

Reports of violence faced by women candidates campaigning to be elected in the recently concluded local government elections were made by the media and other stakeholders, including the issue of a female candidate being admitted to the hospital after she was subject to sexual harassment by a supporter. A statement on this and other attacks was issued by the Women’s Action Network (WAN) at the time.

At the time of the dialogue, the goal was to understand lessons learnt from this experience for stakeholders to apply to the upcoming provincial council election for which a 30% quota has been mandated for women on the nominations list.

Why is increased and meaningful representation of women in elected bodies important? Women are, of course, not a homogenous group whose interests are identical. Their experiences are not only informed by their gender, but also by their ethnicity, socioeconomic class, religion, etc. However, with a mere 5% of women in Government, it is highly unlikely that adequate measures will be taken to address female-specific issues.

In post-conflict Sri Lanka, this is also vital. As Kumudini Samuels wrote, conflict dismantles certain social structures and thus, challenges the gendered notions so pervasive in the public sphere. Improving political representation in the post-conflict aftermath is thus essential to supplement these changes and allow women to gain more substantive equality.

Violence faced by women candidates must also be taken seriously, and their gendered nature not discounted. Women are victims of attacks stemming from patriarchal notions that attack their sexuality, among other things, and this severely impacts their ability to engage politically. The statement issued by WAN says: “Election violence becomes a violent act against women when the time of the incident is related to the electoral circulation (e.g. planning for elections, preparing for election, election campaign) and when it is aimed at a woman candidate, voter, Election Commission member, etc. because she is a woman. Thus, all the above incidents fall into both gender-based violence and political violence categories. Such instances are doubly damaging because they harm the individual and undermine a peaceful democracy in Sri Lanka. Women continue to be subjected to subtle, silent, and hidden forms of violence, and as such, these violent acts violate their rights and negatively affect the credibility of the election.”

Women’s rights and issues must be addressed with greater commitment by parliamentary committees, and greater representation of women in elected bodies will help to drive this forward, said Minister of Women and Child Affairs Chandrani Bandara, speaking in her capacity as the Chairperson of the Parliamentary Women’s Caucus.
The survey conducted on the title “Participation and Empowerment of Women and Under-Represented Groups in Sri Lanka” by the Social Scientists’ Association (SSA) highlighted that 75% of women said they had not voted for female candidates, leading SSA to state that we must better understand if this is because women are not receiving nomination or if there is a lack of visibility of female candidates to effectively address the issue.

The survey also showed that while interest in politics seemed gendered, as well as being an influence on how voters selected or perceived a candidate, education also played a key role and must not be discounted.

Furthermore, the role of ethnicity and religion must also be understood as it has an influence. The survey also raised the very important point of women who are already politically engaged in working for male candidates and the harnessing of this interest and resource.

In the findings of the survey, it was shown that most people displayed a lack of awareness on the quota to be implemented on a local level, with more women being unaware (64%) about this law than men (55%). It was also pointed out that the introduction of the quota reached the rich and the educated in urban areas. Once the quota was explained and understood, a large majority had expressed their favour for it with the most widely held reason being the belief that women can represent women’s needs better and make politics less corrupt and violent. The majority seemed to believe that politics should be merit-based.

October 20, 2019 byThe Sunday Morning No Comments
Public awareness about the Right to Information (RTI) is increasing in Sri Lanka, with eight out of 10 citizens recognising it as extremely important, a new islandwide survey has revealed.