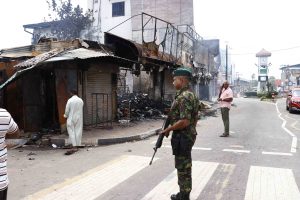 Thirty-Two individuals who were arrested over the unrest and violence caused in Minuwangoda had been granted bail today (22).

The Minuwangoda Magistrate had ordered that these persons be released on bail.

The Minuwangoda town was one of many towns which were victims to civic violence after several mobs attacked houses and businesses, especially Muslim owned properties.

March 15, 2020 byTSM Web Desk No Comments
A total of 100 passengers from Italy were scheduled to arrive in Colombo yesterday (14), mere hours before the government ban imposed on all flights originating from the country came into effect.