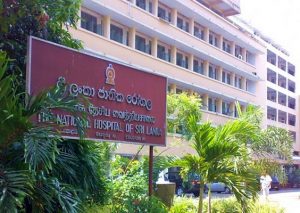 Fifty four election officers who were deployed to the Royal College polling station in Colombo have been hospitalized due to food poisoning today (Nov 15).

These officials had been admitted to the National Hospital in the morning, Hospital officials confirmed.

MOHs, PHIs and family health workers to cast their vote on 13 July

June 30, 2020 byTSM Web Desk No Comments
The Election Commission has allocated a separate date for Medical Officers of Health (MOHs), Public Health Inspectors (PHIs) and families health workers to cast their vote for the general elections.