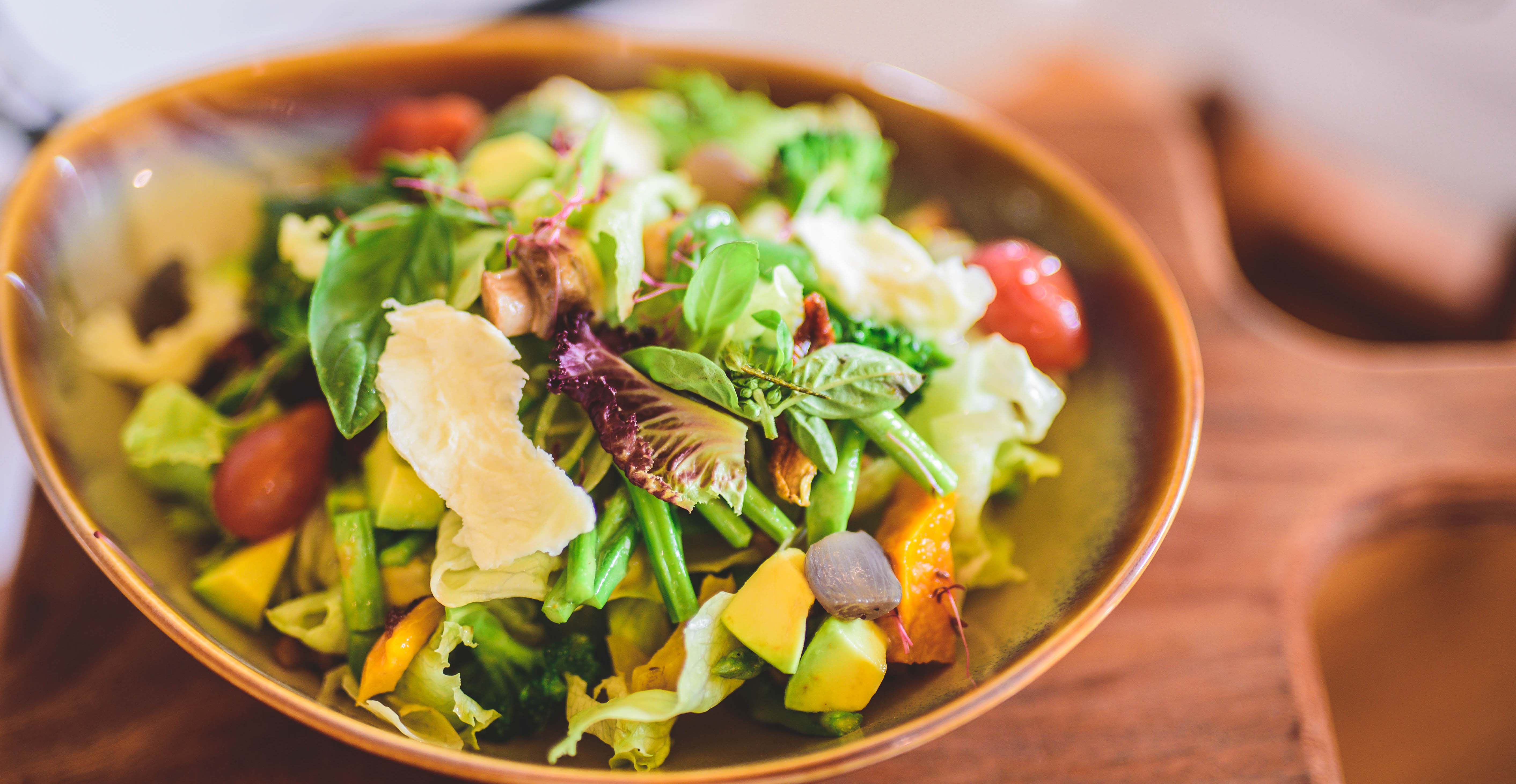 A culinary trifecta in the making

Cinnamon Bey Beruwala is an elegant beachfront resort with high ceilings and towering pillars. It is one of the only ones left that gives you that old, timey feel of grandeur and it’ll have you saying things like, “this is how they used to build hotels”.

This is the resident steakhouse. Fire had most of our party really excited and the sights and smells certainly did not disappoint.

The resort laid out a gorgeous line-up of exquisite cuts of meat, made available to diners if they wished to sample it.

We spoke to Assistant Manager Indika Dissanayaka who provided that what they hoped to achieve with Fire was to serve something new to their diners. 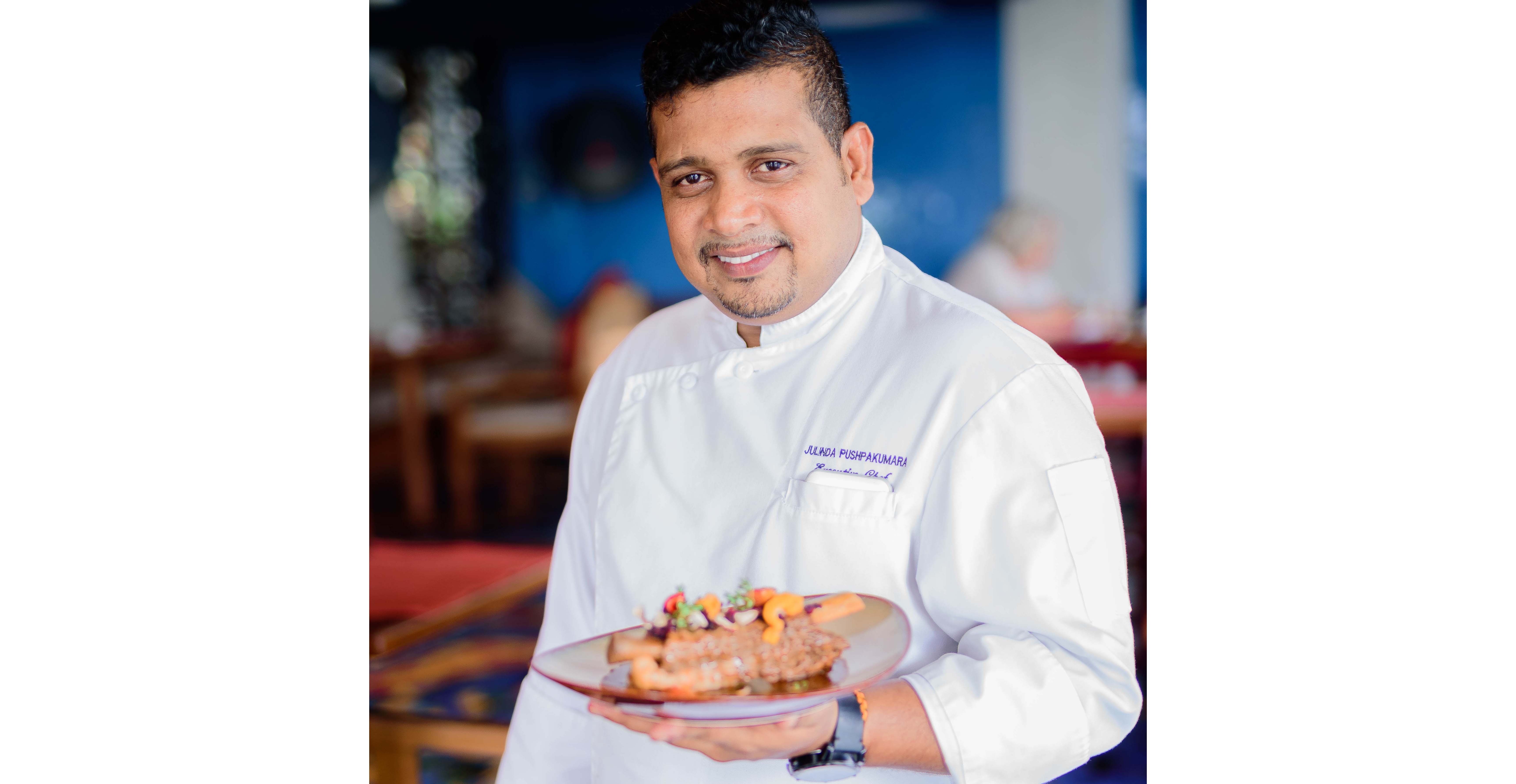 Executive Chef Julinda Pushpakumar added that while it was slightly more expensive than one would like, it was a great concept and an experience people should take a chance on.

Much like what Pushpakumara said, the prices are “up there”, with a full-course meal amounting to about Rs. 7,000 per person. Regardless, it was a unique experience. 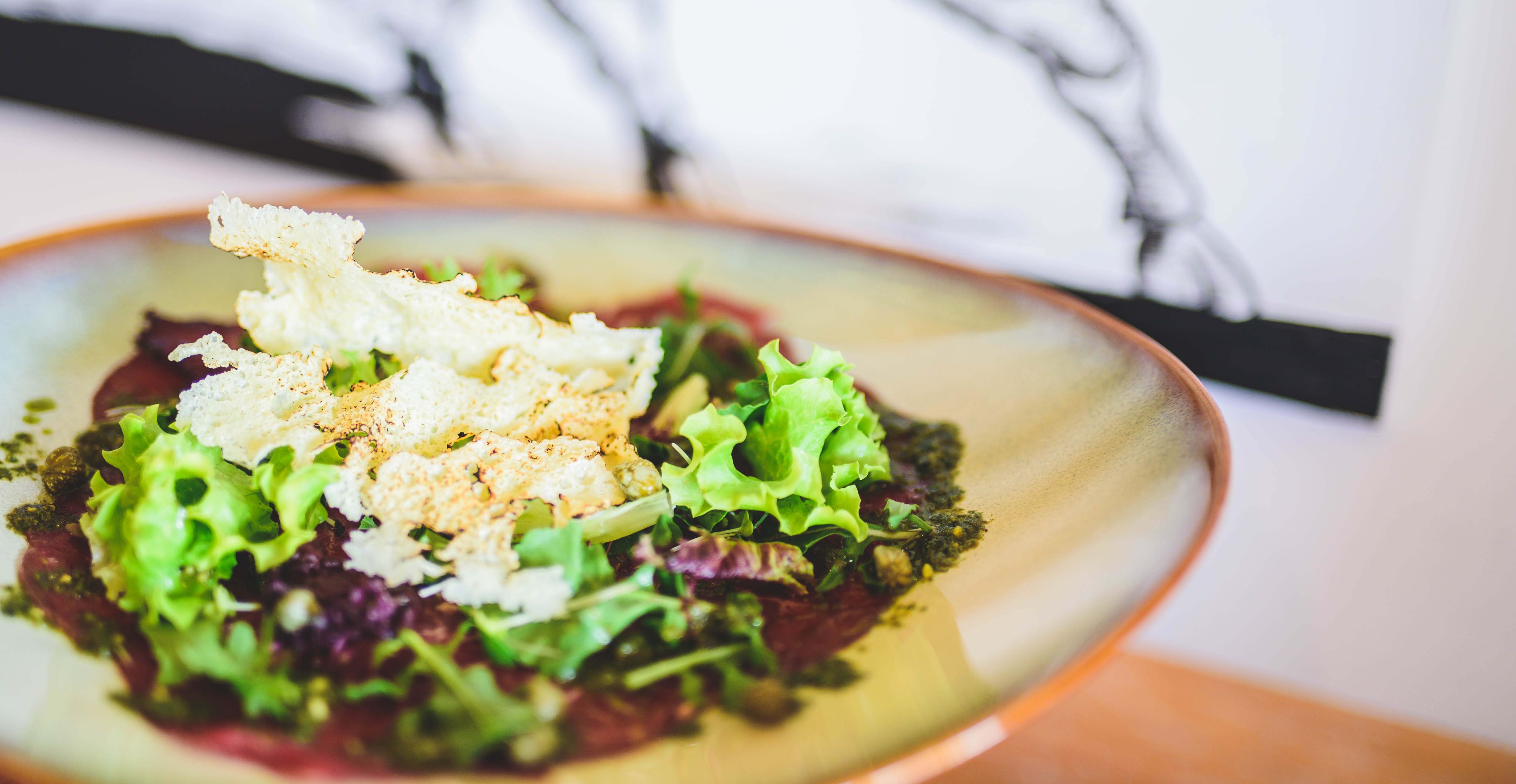 There were several really attractive dishes amongst the line-up. One such dish was the Beef Carpaccio which looked simply delicious – a surprise, considering it’s just thinly-sliced meat and mostly just an appetizer.

While we were not fortunate enough to sample the food ourselves, we were assured it tasted heavenly. We can certainly vouch that it looked and smelled sublime.

Cinnamon Bey’s Indian restaurant is a colourful addition to the setup at the resort as it functions as the cultural hub of the property. 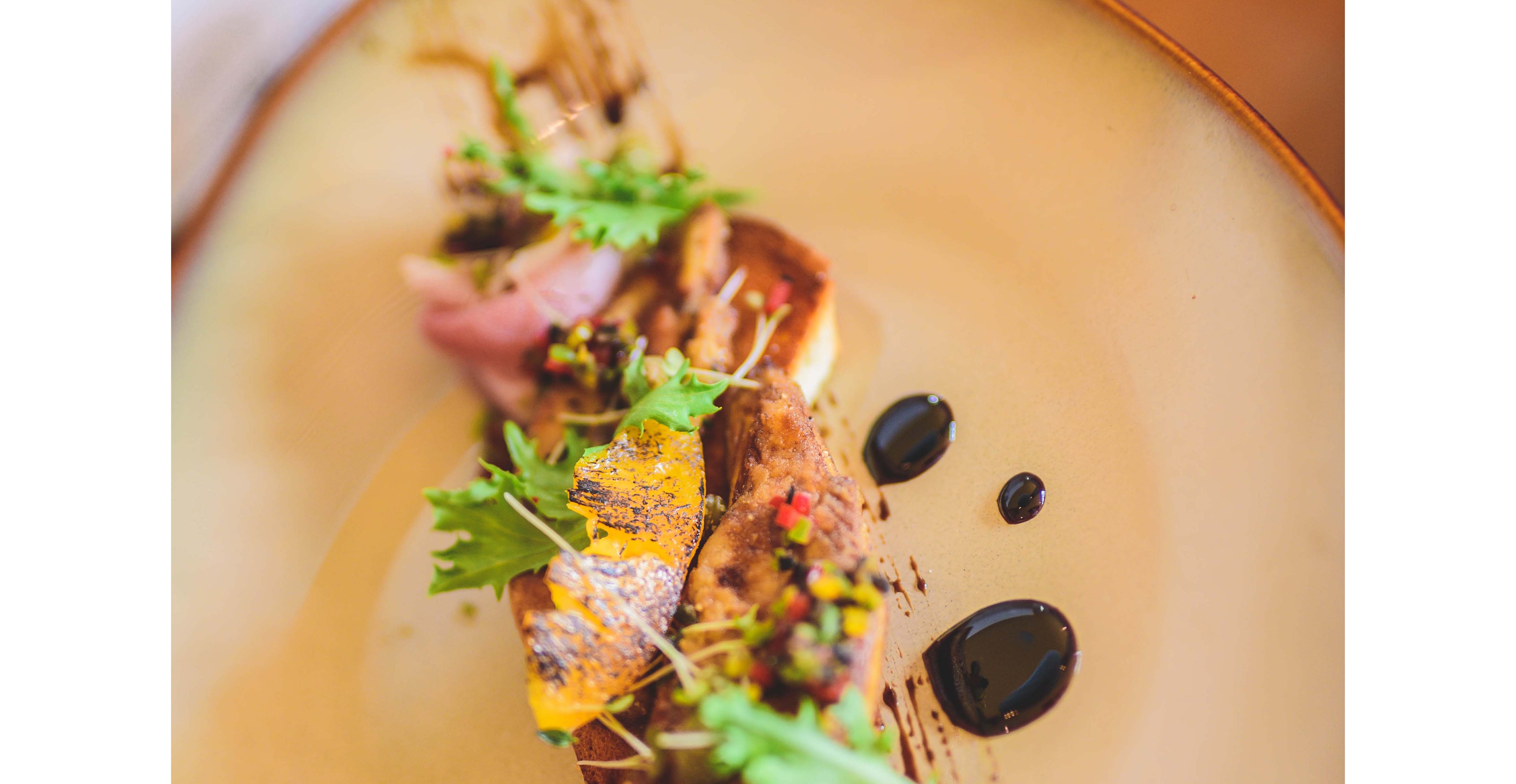 Dissanayaka provided that the resort encourages vendors from the locale to come and showcase their craftsmanship to promote local culture at a weekly event held every Monday, without fail.

The restaurant gets its name from the temperature at which its state-of-the-art oven gets set – 800°C. The food served at Tandoor is quintessentially South-East Asian and there’s no doubt that the flavour is heavily influenced by the Indian palate, incorporating a lot of spices, tamarind, and curd. 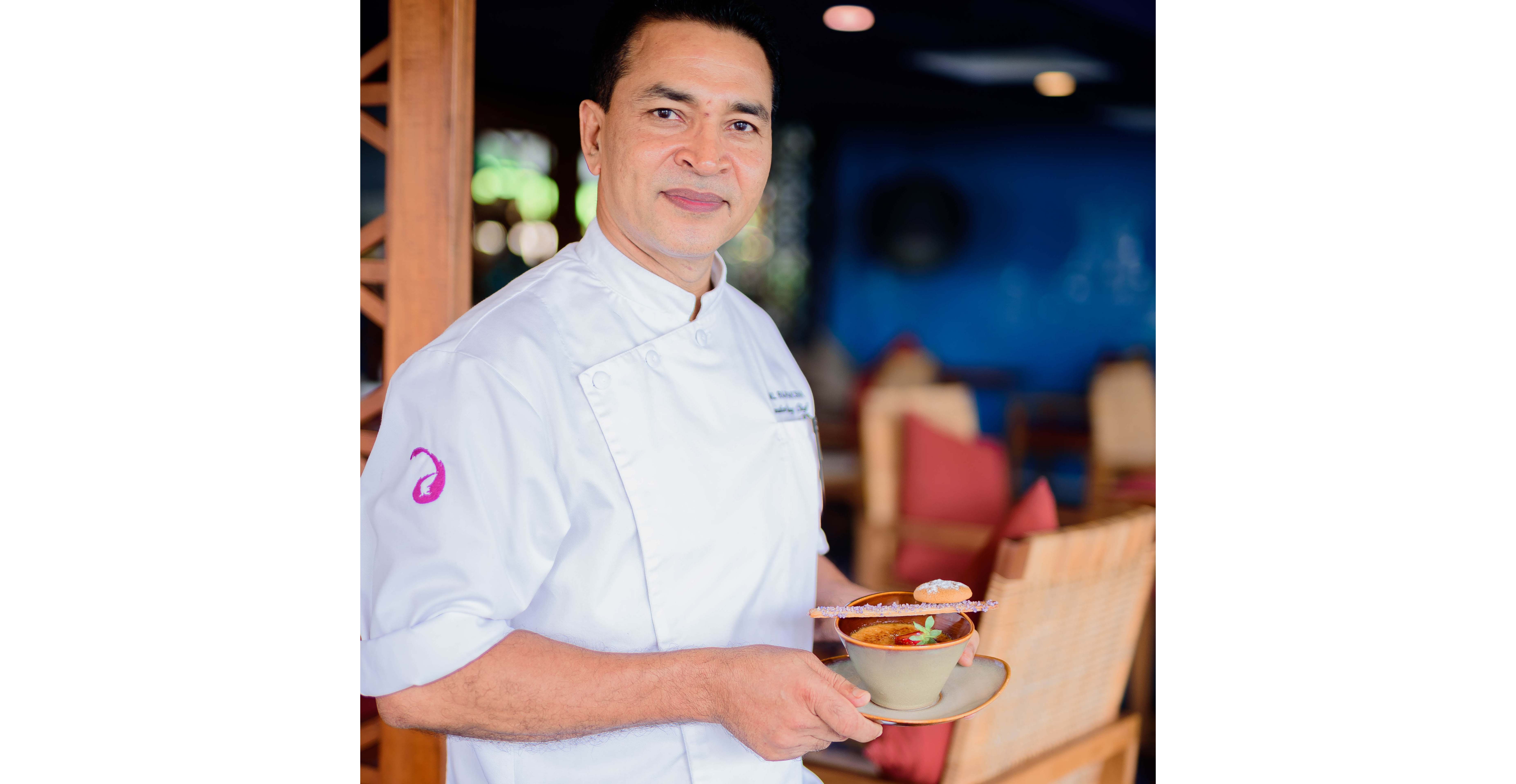 Being Sri Lankan and therefore set in our ways of mind-blowing, heavily-spiced, intense-curry everything, this one was an easy favourite.

The restaurant serves a delicious tandoori chicken where the meat falls off the bone and melts right on your tongue.

Almost all the dishes are fried, grilled, and/or doused in masala, and the dips are to-die-for, with deep rich flavours that explode in your mouth – a little too intense in some – and overall, a perfect symphony of flavours.

The drinks, on the other hand, were a stark contrast to the rich beautiful flavours offered at the station. There were several cocktail options that were just alright – fruity and blended well enough. However, the mocktails were rather disappointing. With unsavoury blends of watermelon and mint leaves, most of them tasted watered down.

We had dinner at the Asian fusion restaurant housed in a scenic corner of the resort. We were treated to an exquisite dining experience; one everybody should experience at least once in their lifetime, just to see what it’s like.

Rock Salt provides a fantastic set-up where one is allowed to cook their own food at the table on their own individual hot stone heated up to a whopping 300°C.

It is exciting to say the least. With 20 minutes’ cook-time on the rock, you are provided with an assortment of thinly-sliced fish, chicken, and vegetables which you may place on your stone and season to your liking.

It’s fair to say that all our inhibitions were stripped with this one; it is the perfect icebreaker and it’s guaranteed you will have the best time.

However, coming to a fine-dining establishment and cooking your own food may not be for everyone. Considering the cooking is largely unsupervised, you run the risk of ruining perfectly good cuts of meat with your amateur skills.

You also run the risk of possibly burning yourself; as the oil sizzles, it isn’t as contained as you would like, so we faced a few problems with this gimmick. However, it was still so much fun and was a fabulous experience.

In addition to the pseudo-teppanyaki experience, we were served a dessert platter which contained an assortment of confectionaries which also included the most heavenly macaroon. And so our night came to an end on the high of the world’s most delicious macaroon.

June 14, 2020 byTSM Web Desk No Comments
Actor Sushant Singh Rajput, who rose to become a formidable presence on the big screen, committed suicide on Sunday afternoon. The 'Kedarnath' actor was found hanging at his Bandra residence in Mumbai