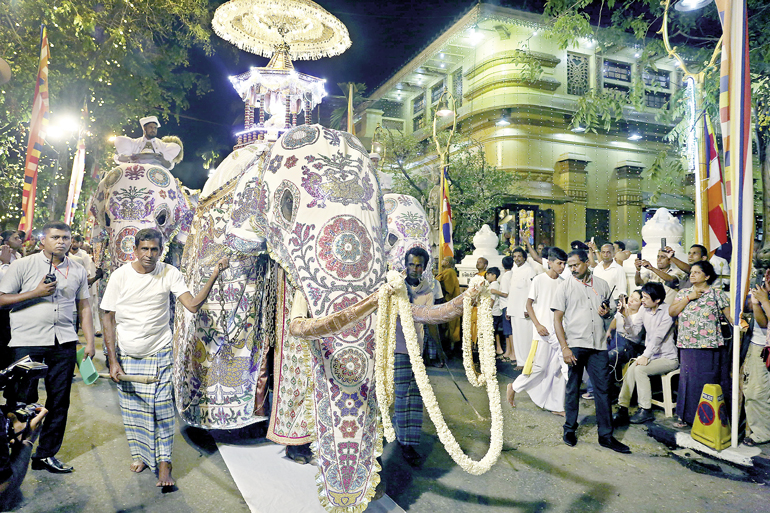 A dance of pain – tradition vs. well-being

Last weekend, several people were injured after two elephants ran amok during the Kotte Raja Maha Vihara Perahera in Sri Jayewardenepura. For decades, we have debated on whether to give priority to tradition and culture or the wellbeing and existence of the animal. The issue has now come to a state of even being pressurised by international agents, some going to the extent of charging us with animal cruelty. We also have many strong local forces trying their best to free these animals that are held captive. Being a Sinhala-Buddhist-majority nation, using elephants in processions barks tradition and culture, making this a very timely and sensitive issue. However, we are voicing the pain of the animal and the unnatural order of keeping it away from the wild. 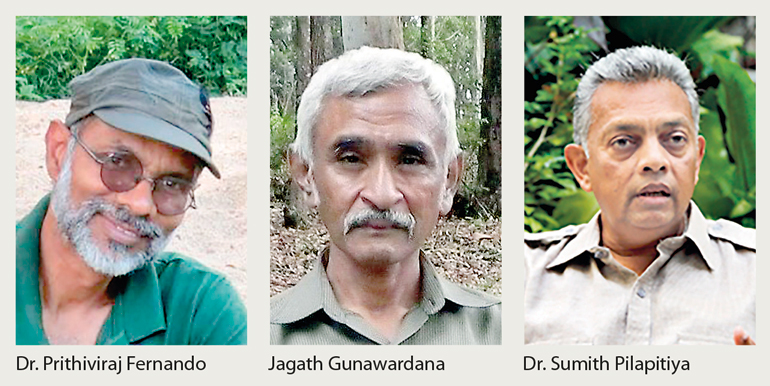 The Sunday Morning Brunch spoke to Dr. Prithiviraj Fernando, a household name for all those who care about these gentle giants. He shared with us his perspective on the incident and explained his suspicions on why it would have happened. He said it was two-fold – the first being that elephants in captivity in Sri Lanka are not properly trained and the second being that the animal would have been under stress for whatever reason.

“Traditionally, we believe the elephants are dancing when we see them moving back and forth or from side to side. We think they are dancing to the beats of the drums, whereas in reality, it is a sign of stress. Similar to humans scratching their heads or biting their nails under stress, the elephants engaging in repetitive movements too demonstrate that they are under stress.”

He also explained how the animals are decorated with heavy clothes and accessories; their entire body is covered, which results in them being overheated. “Elephants also use their ears to get rid of the excess heat and when the ears too are covered, it has no way of using it to get rid of the heat, which is another reason why they are uncomfortable and under stress.”

He went on to explain how we were fortunate enough not to have seen anyone killed by these animals or a human stampede. People screaming and running around certainly doesn’t help to calm down the elephant. He also highlighted how similar incidents happened multiple times before.

Dr. Sumith Pilapitiya, former Director General of the Department of Wildlife Conservation (DWC), who is known to be direct with his words, told The Sunday Morning Brunch that bringing an elephant into a procession where there is a lot of noise and people is a risk. The animal obviously feels threatened as anyone would be in an unfamiliar environment. “I don’t know what triggered these two elephants, but for the animal to be put into an alien surrounding and expecting them to behave normally is not right.”

Are we waiting for someone to die?

“When will we ever learn? Are we waiting for people to be killed? We are accusing the Government of having known about the Easter Sunday bombings and not taking action against it. How is it different to us not learning the same from repetitive incidents? Are we waiting for a catastrophe? Fortunately, this time, there were only a few who were injured.”

He continued to state that the Government must look into the matter, and although it is a cultural tradition and difficult to do away with, it is something that must be done one way or the other. If not, it would seem as if we are inviting a tragedy for something that could be easily prevented. “The Department of Wildlife and the Ministry of Buddha Sasana and Wayamba Development must come together and find a solution to this problem. We hold them responsible in this matter.”

Better off in the wild

“You cannot fully domesticate an elephant or any animal who isn’t supposed to be domesticated for that matter. To bring up an elephant in captivity is something completely unnatural. They belong in the wild,” Dr. Pilapitiya said. He also explained that there may have been warning signs of how restless these animals were, which may have been ignored. Elephants, just like cheetahs or tigers, have their natural instincts and you can’t be assured they won’t use them every so often. They cannot be domesticated.

The elephants that lashed out may have also been in musk. It’s something the owners or caretakers must watch closely as any animal within two weeks into or after the musk season should not be part of a procession. With the hormonal changes in their bodies and the testosterone levels going up, they become more aggressive and unpredictable. They only go into musk once a year, so the owners must be responsible when allowing the elephants to participate in such public activities.

Both Dr. Fernando and Dr. Pilapitiya repeatedly mentioned that they were not physically present at the scene and are sharing their thoughts accordingly. They also very outrightly stated that they are against the use of elephants in processions and do not engage or participate in these peraheras.

We also spoke to Jagath Gunawardana, an Attorney-at-Law who is specialised in environmental law and has a heart for safeguarding wildlife. We asked him about the legal aspects of domesticating an elephant. He said: “The owner must have a permit and the conditions included in a permit are often different from one to the other. In general, it will state that the elephants kept domestically can only be used for the purpose of religious and cultural affairs and that the owner cannot profit or earn through the animal.”

All owners must adhere to the relevant law regardless of what the permit states. The Prevention of Cruelty to Animals Ordinance reads: “If any animal is found in any place suffering pain by reason of starvation, mutilation, or other ill-treatment, the owner of such animal, and any superintendent or manager of such owner, shall severally be guilty of an offence, and shall be punished with a fine or with imprisonment of either description for a term which may extend to three months, or with both.”

He further explained that the Department of Wildlife Conservation (DWC) is responsible for making sure all these animals are taken care of but that he doesn’t blame the DWC for the inability to do so as they too are constrained by various obstructions such as political influence. Under the Fauna and Flora Protection Ordinance, it is illegal to use elephants for commercial purposes. Breaking these two laws will lead to a cancellation of the permit.

Gunawadana also brought into light how the owners use these elephants for tourism purposes. They let the animal give rides for tourists, play elephant polo, and be engaged in promotional activities, and even school parades, which proves that they are making an income through these animals – a clear point of breaking the law.

Unfortunately, it is being overlooked by the authorities and no one highlights it, he said.

All elephants belong to the State

“The problem lies with how these elephants are taken care of. They are not trained properly and they are often not treated with love and care, rather they are shouted at or poked with sharp objects. The bystanders also often provoke the animal unnecessarily. We must respect the animal. Under the above mentioned laws, we can charge the owners,” Gunawardana noted.

He continued to explain that all elephants in Sri Lanka, wherever they may be, belong to the State. These permits only allow individuals to become their guardians or keepers. The State has the ability to intervene at any time and take the animal back. “Currently, the Minister of Christian Religious Affairs is also the Minister overlooking wildlife. So, in instances like this, if the Minister tries to resolve the issue by limiting or ending the use of elephants in processions, there will be a lot of opposition and society will blame him. We must understand the plight the DWC is in as well.”

Even after the recent fiasco, what is truly terrifying is to learn that they continued the procession till the end. It is unclear if they allowed the two elephants who rioted to continue. Nevertheless, putting so many people’s lives in danger all the while harming these gentle giants is simply atrocious. We hope this debate of tradition versus animal wellbeing will take centre stage soon with the experts and authorities alike.

January 20, 2020 byBernadine Rodrigo No Comments
On 11 January, a few of us set off to Peacock hill (1,518 m), a mountain situated on the side of the A5 road close to Pussellawa town.

February 10, 2019 bythemorninglk No Comments
Whose responsibility is it?