A Defender and 2 individuals arrested over the assault of motorist 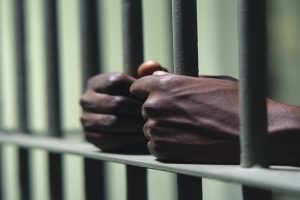 Two individuals of an alleged VIP escort, as well as a Defender vehicle involved in a recent case of assault of a van driver in Kalagedihena, have been taken into custody.

The Police were requested to investigate a case of assault where a security officer of a suspected VIP and a driver of a Defender had attacked a van driver on the street in Kalagedihena.

The driver of the Defender and another individual were arrested after the duo surrendered to the Colombo Crimes Division (CCD), the police media spokesperson, SP Ruwan Gunasekara stated.

The incident had been captured on video and was circulated on social media.

One of the passengers inside the van who had recorded the assault was also able to capture the license plates (CAG-0550/CAD-8850) of the two vehicles involved.

Parliamentarian Ashu Marasinghe said that he had made a written complaint to the IGP seeking an investigation into the incident yesterday (19).

The Parliamentarian said that he had urged the Police to bring to justice the culprits responsible for the assault on the van driver.
Tweet
Share
Pin
Share7
7 Shares

October 8, 2020 byCharindra No Comments
Sri Lanka has conducted more than 5,000 PCR tests in a single day for the first time yesterday (07).

Renovation of Gaffoor Building into a luxury hotel

September 11, 2020 bythemorningeditor1 liberty No Comments
The Urban Development Authority (UDA) is to reconstruct and renovate the Gaffoor Building, a prominent four-storey, wedge-shaped building located in Colombo Fort, to transform it into a luxury hotel,