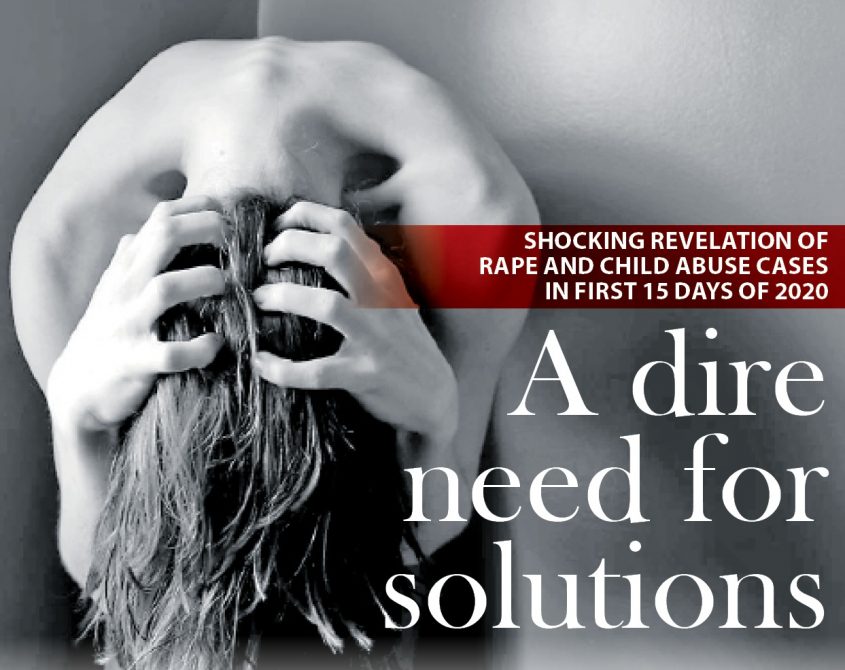 A dire need for solutions 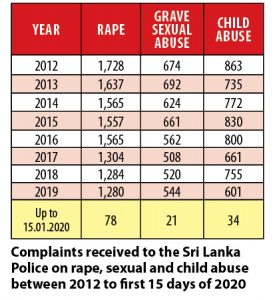 State Minister of Women and Child Affairs Vijitha Berugoda, speaking to The Sunday Morning, said that ensuring the safety of women and children cannot be done by the Ministry alone.

Berugoda informed us that the Ministry had established child and women development units in the district and divisional secretariats, each staffed with a female development officer, counselling officer or assistant, child rights promotion officer, early childhood development assistants, child protection and psychosocial officers, and relief sisters.

This team is appointed to ensure that cases where women and children are abused are at a minimum. They aim to do this by conducting awareness workshops, providing women and children with the necessary guidance in case they are faced with abuse or violence, and providing them with counselling services.

Berugoda informed us that assistance and input were also sought from the Ministry of Education; Ministry of Skills Development, Employment, and Labour Relations; and the Ministry of Justice, Human Rights, and Legal Reforms in a collective effort to raise awareness and bring the perpetrators to book.

“Creating awareness among the public is not an easy task, given the advancement of technology and devices. The public’s exposure to electronic media, the internet, and their usage of smartphones are some challenges we face when trying to spread awareness about the dangers of rape and child abuse,” Berugoda elaborated.

He also noted that when an incident takes place, the method in which it gets reported in traditional as well as social media – i.e. where it’s sometimes sensationalised and described in such detail – tends to give ideas to certain people predisposed to committing these acts, thus giving a rise to more rape and sexual abuse incidents.

Moreover, Berugoda suggested that broad discourse needed to be created with the inclusion of all stakeholders to reduce the rising rape and child abuse in the country.

The judicial system in Sri Lanka is sometimes perceived as weak, with many influential people having been able to gain immunity and not being charged for their crimes. Berugoda firmly believes that when the judicial system is strengthened and the ones accused of crimes are charged, there will be a reduction in rape and child abuse incidents that take place.

The Ministry is also looking at establishing two daycare centres per district, so that children can be left in a safe environment until the parents finish work. The Ministry informed us that parents working in the private sector as well as the state sector will be eligible to enrol their children to these daycare centres.

The Police Media Unit informed The Sunday Morning that many of the statutory rape incidents that are reported take place with the underage girls’ consent, but in the eyes of the law, the male would be accused of rape.

“These are incidents which take place when teenagers get into relationships and are responding to their bodily and hormonal reactions. We need to understand that when intercourse takes place between two consenting persons, and if the girl is under 16 years of age, the boy will still be accused of rape.

“Parents, guardians, and teachers have a responsibility of educating these children and raising awareness about these legalities, so that they are not branded as rapists for the rest of their lives,” Police Media Spokesperson SP Jaliya Senaratne noted.

The Sunday Morning spoke to Child Protection Force Founder/Executive Director and Attorney-at-Law Milani Salpitikorala to inquire about the growing trend in statutory rape where consent from the underage individual was obtained.

Laws need to be amended

Salpitikorala agreed that there is an increase in cases of statutory rape with the child’s consent as there is no proper sex education in Sri Lanka. She also noted that there is a grey area in Sri Lankan law where it indicates that after 16 years of age, a child can consent but until they reach 18 years, a person cannot get married.

February 9, 2020 byMaheesha Mudugamuwa No Comments
Health officials continue to maintain the alert over the novel coronavirus with urgently needed medical supplies, which were not available initially, now being purchased and in stock.

August 5, 2019 bythemorninglk No Comments
The heated debate continues on moves to secure powerships to add emergency power to the national grid. However, even if the proposal receives the green light, the requisite infrastructure is minimal.