This piece from Kumar Sangakkara, issued by the Lord’s last week, gives us a gist of the burning passion of a legendary sportsman. How did he fulfil a lifelong ambition through efforts of a decade or so? Here is that story which will inspire any future star. 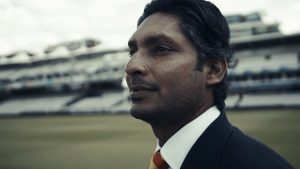 Ever since the first time I held a bat, I always had a huge ambition to score a Test hundred at Lord’s. My special memory of this place has always been walking through the Long Room past the members and seeing the portraits of past players; there’s nothing more special than that. The history and tradition of the ground really does stay with you for life.

Year 2002 was the year that I made my debut here. I remember being hosted for lunch and just the experience of the place, feeling the sense of history was unbelievable. I think the importance of getting a hundred at Lord’s increased over time for me. The Honours Boards are really special and that motivated you as a player. I scored 10 and six not out during my first knocks here. It was a huge learning curve for me. I missed out on getting a hundred and the significance of Lord’s was always in the back of my mind.

My last Test here was in 2014, and for me, it was always going to be my final series in England for Sri Lanka. During the build-up to the match, the talk was just everyone asking me about getting that hundred to make the Honours Boards. Inside, I was desperate to get the century and I was always going to be dismissive of that fact in the press, but that was my main objective. In my head, I was thinking: “Win the series, but also get that hundred.”

I worked on my technique; I was ready to make adjustments and I always continued to alter my abilities overnight if I had to. I remember coming into the Test at Lord’s and I had just scored an ODI hundred here, which was really special in a winning effort. These days, they have the ODI honours listed above the entrance to the away dressing room balcony, but at the time, I hadn’t managed to scribe my name into the history books. 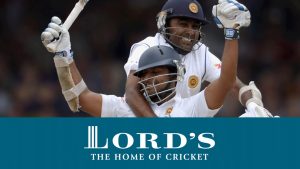 One of the things about Sri Lankan cricket is, for a long time, we had a culture of everyone celebrating everyone’s success

One of the things that helped me in the process of getting my Test hundred at Lord’s was that the openers, Kaushal Silva and Dimuth Karunaratne, batted for a long period. It was also a huge plus for me coming in at number three that it was not James Anderson and Stuart Broad who were bowling with the new ball.

I remember walking down the stairs in the pavilion, just thinking “don’t get out first ball”. I was worried about that. I remember that day, sitting up in the dressing room and seeing Chris Jordan bowling and visualised how I could play him. With myself now at the crease, he bowled full at the stumps – I flicked it to mid-wicket for four and that gave me the confidence boost I needed.

I scored 32 at the end of the day and went out for dinner that night with my wife and manager, speaking nothing about cricket and not thinking about the next day. I was so relaxed. Fast forward to the next day, I got into the 90s, batting alongside my good friend Mahela Jayawardene. I was wondering who was going to bowl against me then I saw Joe Root coming on to bowl.

I was smiling, saying thank you! I knew they used him for mind games. It was a huge sigh of relief when I was able to get my hundred. As soon as I hit the ball, I knew it was going for four. To celebrate that with my friend was special. He knew how much I wanted that century – he had done it twice at Lord’s. I wanted to be a part of it and now my dreams had come true. One of the things about Sri Lankan cricket is, for a long time, we had a culture of everyone celebrating everyone’s success.

We made a conscious effort to make sure everyone was on the same page and I think you saw how Mahela enjoyed the moment as much as I did. I had achieved my ambitions. It was the fairytale ending for my final appearance for Sri Lanka at this historic ground. From making my first international appearance here in 2002 to scoring a Test hundred and now becoming the first overseas President of MCC, the Home of Cricket will always be special to me.

My name is Kumar Sangakkara, and this is my Lord’s Story.

Watching action during the ban was tough: Chandimal

August 17, 2018 byRevatha No Comments
Sri Lanka Test captain Dinesh Chandimal says it was tough to watch matches while not playing in them