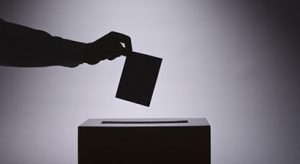 The race to become the next president of the Democratic Socialist Republic of Sri Lanka is now well underway. Both the two main parties and others are overtly and covertly carrying out their own surveys as to who can deliver the goods for them.

Incumbent President Maithripala Sirisena who campaigned on the platform of abolishing the presidency is more determined than anybody else to hang on to the post. But the writing is on the wall and the President himself is well aware of it. Having first tried valiantly to hook up with the Rajapaksas and failed, he cosied up to the UNP for a lifeline, but that too has failed given the recent animosities.

It must be noted that the 19th Amendment to the Constitution has more or less castrated the powers of the President. For instance, the next president will not be able to hold any ministerial portfolios. Yet the hunger for the post has not diminished.

The UNP leadership it appears is playing its usual game of cat and mouse and no one will be surprised if at the 11th hour the current leader is announced as their candidate. Was this to happen, the party would simply implode – which is probably why the party itself has commissioned a covert survey to find out the candidate with the highest public approval. The outcome of the survey has raised many an eyebrow as both the party and public perception of the next leader has been debunked.

According to the survey, the most popular candidate does not happen to be the party’s Deputy Leader Sajith Premadasa but current Speaker Karu Jayasuriya.

We do not wish to comment on the merits of this survey but given the fact that the current Leader has been hesitant to offer the reins to Premadasa and the fact that Jayasuriya is a staunch loyalist of the Party Leader, the survey could be a very convenient tool for only one person.

Should Jayasuriya land the nomination, the only thing going against him is his age.

Although age may just be a number, at 78 years, Jayasuriya will be pushing the limits of human endurance in taking the job at his advanced age, where if all goes well, he will relinquish office at the ripe old age of 83. The current Pope is a good example of an 83-year-old leader and if Jayasuriya can do likewise, then he should consider himself as a viable candidate.

According to the survey, Karu Jayasuriya has a near 10% lead in popularity over Premadasa. This is despite the fact that Premadasa maintains a carefully orchestrated daily presence in the print and electronic media, subtly projecting himself as the next party leader, whereas Jayasuriya does none of that.

As per the survey results, Jayasuriya has obtained a 58% approval rating while Premadasa has secured 49%. Next in line is the party’s national organiser and Jayasuriya’s son in law, Navin Dissanayake with 46% while Champika Ranawaka comes in with 45% followed by Ranil Wickremesinghe with a paltry 25% approval rating.

Wickremesinghe only has himself to blame for his fall from grace. With an outpouring of support in 2015, which was reinforced as recently as October last year when people in their thousands rallied to put him back in the job after Maithripala Sirisena sacked him, Wickremesinghe in his usual style has squandered away all that goodwill simply by not delivering what he promised. He, like Sirisena, subscribes to the mantra of self-preservation ahead of country and party.

For him, as long as his position is secure, he cares little for anything else. But now, with each passing day, it is becoming clear that his days are numbered and he knows it. Being the cunning fox that he is, he will gladly let either Jayasuriya or Premadasa vie for the presidency while he will manoeuvre himself to the premiership which when the 19th Amendment comes into full force after the next presidential election, becomes all powerful. Wickremesinghe however, is not going to have things easy with another strong contender breathing down his neck for the post in the form of former President, Opposition Leader Mahinda Rajapaksa who too, like Wickremesinghe, is playing the waiting game.

Getting back to the survey results, Jayasuriya has the potential to be a formidable candidate due to the impeccable job he has done as the Speaker of Parliament. He has displayed way more spine than his Party Leader and shown that he has the ability to withstand pressure from any quarter. His no-nonsense attitude as Speaker in controlling the rowdy Parliament has earned him respect even from the most unlikely places. The fact that he is a Sinhala Buddhist and is most comfortable in a sarong will also help the cause.

The other main contender for the post is the candidate from the Podujana Peramuna. After the initial hype about Gotabaya Rajapaksa, that campaign has all but fizzled out due to his absence from the public eye in the recent past. Reports that he has undergone a medical procedure and has been recommended extended rest will also have to be factored in at some point. In the event he is unavailable, the name of another sibling has been mentioned but his approval rating is as good as Wickremesinghe’s.

As we have commented earlier, this time around, given the public discontent with all of the mainstream political parties, the field is wide open for a wildcard candidate with no political background. Some have already announced their candidature while others have preferred to remain in the shadows and let speculation build up.

Whichever way the pendulum swings, a lot will be expected from the next individual to hold that high office. The ordinary people have come to the end of their endurance with deceiving, back stabbing, and incompetent leaders. This country continues to suffer on a daily basis because of the choice of leaders that have been elected. The mood for change is palpable. Parties must ensure they put forward a candidate with the country’s wellbeing foremost in mind because the people are no longer willing to be taken for a ride. Those who foster communal disharmony as a means to electoral success will be the first to be wiped out.

July 8, 2019 bythemorninglk No Comments
This week marked the beginning of July. In this week’s column, I would like to focus on certain critical issues arising in our political landscape in the month of July.

August 8, 2018 byThe Sunday Morning No Comments
The Government has told a UN panel of experts that it does not import textiles from North Korea and that an error at the Sri Lanka customs had given the impression textile imports from South Korea....