A safe haven for women travelling around Colombo

September 24, 2020 by Naveed Rozais No Comments 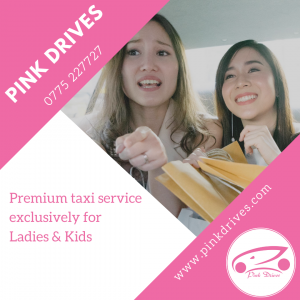 Getting around Colombo safely is sadly something that most women cannot take for granted. On public transport, walking on the street, and even in taxis, women are often subjected to harassment and intimidation from men.

Deegenics Founder and Chief Executive Officer (CEO) Shohan Kulasuriya shared that Pink Drives began as a way to help a friend’s wife. “A friend of mine passed away two years ago, and his wife, who is also a dear friend, had a vehicle but no steady income. She had tried finding work with other similar platforms, but being a woman, had faced difficulties getting around. We came up with the idea of operating a taxi service operated by women for women so that she could use her vehicle and generate some extra income.” Pink Drives started out as a simple Facebook page set up by Kulasuriya to help his friend who wasn’t familiar with social media.

The Pink Drives Facebook page went viral. “The initial response was huge,” Kulasuriya said, adding: “We received more than 100 calls each day from women interested in using the service to travel as well as from women who wanted to be drivers. These women were from around Colombo and the surrounding neighbourhoods. Some were even calling in from Negombo.” 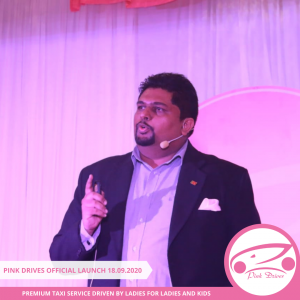 The overwhelming response to Pink Drives highlighted a need within Colombo and within Sri Lanka as well. Kulasuriya, with his experience in solving human problems using software, decided to create a system that could be scaled. “Our resources were very limited,” Kulasuriya explained, adding: “We had only one vehicle and one driver, but there was a lot of demand, both from people asking to be passengers, as well as from people asking to be drivers. So why not connect the dots and create a platform that allowed all these different parties to collaborate?”

Social enterprise has always been important to Kulasuriya, and this passion for fixing social issues through technology was what inspired the start of Pink Drives. Previously a professional banker, Kulasuriya’s entrepreneurial journey began in 2015 with the development of Man Kiwwa, an app that allows citizens to report public issues to government authorities.

The Pink Drives experience – what sets it apart?

Pink Drives was officially launched on 18 September with 25 drivers now on board forming the Pink Drives network.

The Pink Drives team, mindful of safety in all aspects of its service, carefully vets all potential drivers, going to the extent of checking with each driver’s grama niladhari office to make sure the drivers have no history that may put passengers at risk. 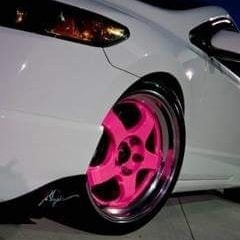 Pink Drives also limits its service exclusively to women and children, though exceptions may be made for groups like families that include men on a case-by-case basis at the discretion of the driver. In the case of children, the Pink Drives service is limited to boys under the age of 15. Pink Drives also allows for children over 10 to travel safely unaccompanied. “Most of our drivers are mothers, and have experience managing children and getting them around safely,” Kulasuriya shared.

In case of emergency, there is a safety button built into the app that both drivers and passengers have access to, which connects them directly to their family members. 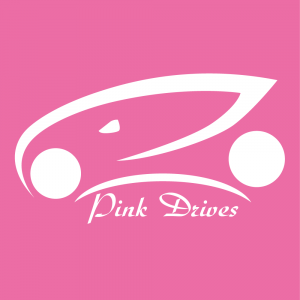 drivers,” Kulasuriya explained. “If there are no drivers online, drivers can be allocated from the backend.”

Kulasuirya shared that Pink Drives currently covers a very small area in and around Colombo, and that going forward, they will be looking to expand their reach. “We’ve started with 25 drivers and are doing a second intake this weekend, where we do training sessions. We’ve received about 50-60 applications so far and hope to do new intakes regularly, and build the Pink Drives driver network and reach.”

Pink Drives has also received lots of requests for fixed chauffeurs from women looking to get to and from work each day, or to organise regular school drop-offs or pick-ups for their kids. “We’re looking at how we can manage fixed chauffeur requests. Ideally, this will take place in the form of a separate agreement struck between drivers and passengers that gives drivers a steady, fixed income.”

“Fifty percent of taxi services are used by women and the response to Pink Drives so far from citizens has been very enthusiastic,” Kulasuriya said, explaining that Pink Drives is a way to make this segment of taxi users feel safer when travelling.

June 22, 2020 byJennifer Anandanayagam No Comments
The shortlist which was announced on 20 June. The Gratiaen Prize is an annual literary prize awarded for the best literary works of English language writing.

The Soul – on touring India, the ‘Our Neighbours’ initiative, and new music

August 28, 2020 bythemorningeditor1 liberty No Comments
Things have been quiet on the home front, but The Soul has been making some moves behind the scenes. Coming off of the second leg of their tour in India, unfortunately forced to cancel the third due t