On 6 March, Ambassador of France to Sri Lanka and the Maldives Eric Lavertu, along with some hotels/restaurants, held a press conference at his residence in order to feature and present the chefs who will be performing crucial roles in Good France Sri Lanka 2019.

A unique global event held in over 150 countries, the event will involve chefs and restaurants from around the world. They will all offer “French Menus” starting on 21 March leading up to 24 March.

This year, the four restaurants honoring French cuisine with distinct concepts in Sri Lanka are Café Français offering their classic menu of French food, Galle Face Hotel’s restaurant and wine cellar 1864 offering a “five-course, five-spices” menu, creating a link between France and our island, The Kingsbury offering a five-course menu accompanied with French wine, and Movenpick’s Vista Bar offering a tasting of wine and cheese.

This fifth year of the event features over 5,000 chefs participating from across five continents over four days in events celebrating responsible cooking. The showcasing of their cuisine and culinary prowess receives active support from French embassies throughout the world. 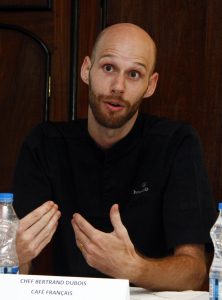 Speaking about the set menus that will be served, he explained that since the menus were already available beforehand to the guests, bringing it to their plates would be an efficient task. He added that while the menus were predetermined, if guest have any requests, they will accommodate as need be. 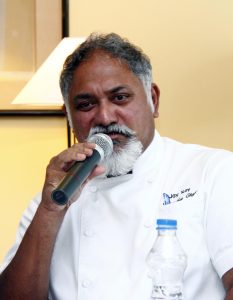 As the Executive Chef at Galle Face Hotel, he stated that he was very much on board and was excited to create culinary experiences for guests at this event. He also said: “The menus are predetermined. However, if certain guests have any dietary restrictions and still which to experience this event, then it is our duty as chefs to facilitate that.” 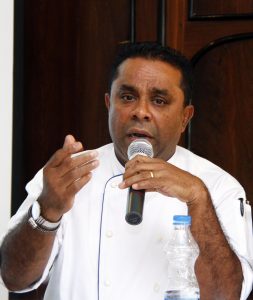 A chef who has honed his skills in his travels in renowned five-star hotels, he stated that this was a great opportunity for the island, and also their establishment, to showcase their skills. 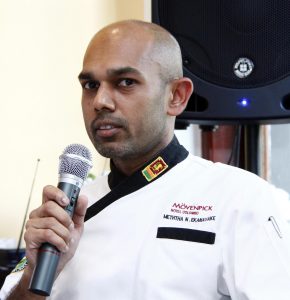 He provided that the prices were highly desirable as they were offering a premium experience for those who wish to taste something out of the norm and something they’ve not experienced before.

Save for Café Français – who will only be available on 21 March – all the other hotels will be part of the event throughout the designated dates.

The Gout de France/Good France is an event which unites chefs from all horizons and from around the world for one week with one shared goal: Celebrating the excellence and creativity of French gastronomy.

All four establishments hope that those who wish to experience something new would come and enjoy this world-class event.

Art for the masses; a visual art journey

July 21, 2019 bythemorninglk No Comments
Anonymous Entry is a collective of artists who work in multiple mediums with the focus of contributing to Sri Lanka’s visual art history.