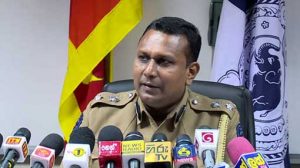 The AG’s department further directed the Acting IGP to instruct all police divisions to strictly comply with provisions of law and submit files for AG’s advice.

July 14, 2019 bythemorninglk No Comments
The high-profile case of the disappearance of 11 youth took a new twist with one of the highest ranking legal officers in the country now being implicated.