Taking a look at tuition classes in Sri Lanka

As the 1.30 p.m. bell rings, we see students hurriedly scatter about to get to a variety of places. What’s the huge rush you ask? Two words – tuition classes.

Tuition classes are gaining wider popularity as there are many advertisements in the media offering tuition classes by numerous tutors and lecturers. It is like you cannot escape the barrage of advertisements which seem to pop up at every corner of the street and on screens. With this ever-growing need for tuition, a ban was in place as well.

According to local reports, a ban had been implemented in which tuition classes could not be held on Sundays and Poya days. To find out more about this ban and more about tuition classes itself, we spoke to Ministry of Education (MoE) School Affairs Additional Secretary R.M.M. Rathnayake. 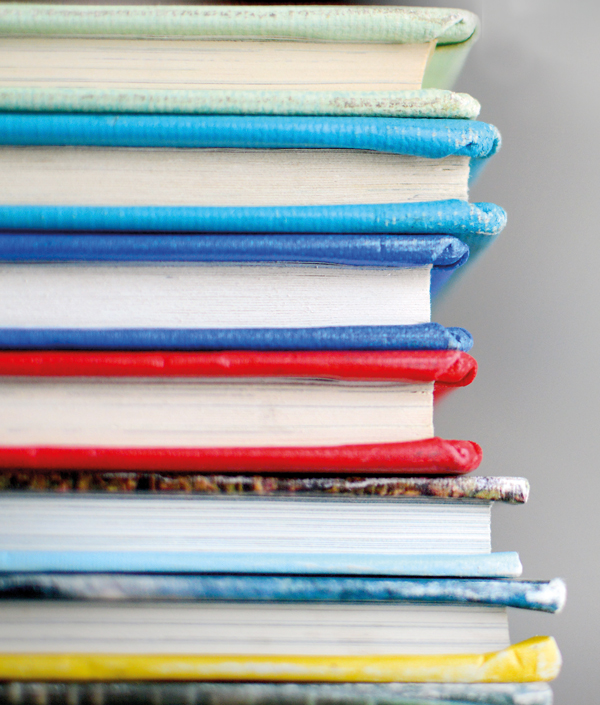 According to Rathnayake, this ban was put in place due to a request by all religious leaders as they conduct Sunday school or daham pasal during the weekend. He also stated that they needed five days of the week to teach students in school, i.e. from 7.30 a.m.-1.30 p.m.

“Classes being held after this time is perfectly fine, but these classes must also not interfere with any religious activities.”

Even with the ban in place, there were still a few instances where classes were held, which the Police were able to catch thanks to certain tip-offs.

Ban aside, the real question is why has tuition become so popular amongst the youth? And is it really a necessity?

In Rathnayake’s opinion, it is not really a necessity. He also went on to state that there are certain allegations that teachers in schools are not teaching the students properly. However, this is not the crux of the matter. The real issue here is the examination system. With regards to our examination system, we only gauge students’ knowledge on the subject matter based on the writing skills, whereas when you take a certain language there are the aspects of reading, writing, speaking, and listening. This pertains to other subjects such as math and science as well. On the other hand, when it comes to tuition abroad, a child would only go for extra classes if they are extremely weak in the subject; here in Sri Lanka, it is somewhat of a fashion. 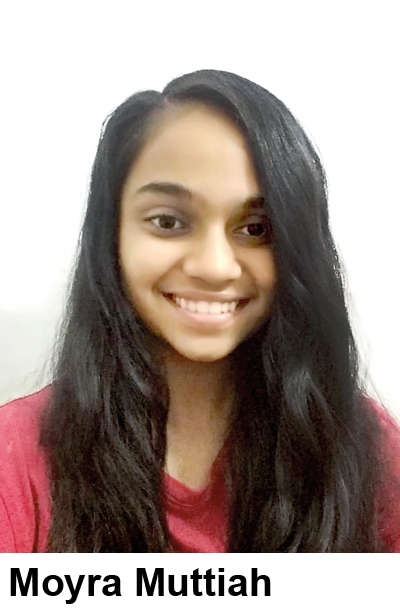 In an attempt to resolve this matter, Rathnayake claimed that they are in the process of changing this education system by having students evaluated on practical skill (60%) and theory (40%). Secondly, they propose to simplify this arduous curriculum by reducing the number of subjects a student has to study. With these changes, he believes that tuition will no longer be a necessity.

Apart from this, we also hear students complain about how they do not have enough time to indulge in their daily activities or even extracurricular activities. In fact, it is sometimes said that tuition infringes a student’s leisure time.

When inquired, Rathnayake said: “The time a child has to socialise with friends, have quality family time, and even do a sports activity are all cut short.”

Furthermore, he stated that any psychiatrist would say that “knowledge cannot be stuffed into a child’s brain the same way one would stuff a bag”. He further elaborated by saying that too much time is spent on one subject, which tends to overload a child and as a result, they will not be able to retain anything at all.

Also, when a child uses their brain for five to six hours at a stretch, they need to take a break and engage in an activity that is soothing and relaxing, one that does not tax their brain. Further, they have also made it compulsory in all schools that each student does at least two sports activities.

Rathnayake also stated that they are also looking into whether there is a shortage of teachers in schools to cover the syllabuses; they will look to fill those gaps and also provide the required training for the teachers.

Many students attend multiple tuition classes merely to cover one subject. Rathnayake deems this unnecessary. “It is just useless competition. If one child goes for five classes, the next door neighbour will send their child for 10 classes.” He further stated that going for these tuition classes is not needed as the school itself covers the syllabuses as it is compulsory to do so. It is just that the students bunk classes at the final stages which then gives rise to the need for tuition.

There are two sides to a coin, and similarly, to this story too.

If mass tuition classes are banned, the ones who are going to face the music are the individuals who cannot afford private tuition.

Having said that, in conclusion, Rathnayake stated that we must not go to extremes. If a student is facing a problem in a certain subject, it might just be in one particular area only. Hence, that specific area should be looked into by the parents by way of communicating the concern with the teachers and understanding the main issue rather than sending their children for numerous tuition classes.

This is just one of the many dimensions of this issue.

For further clarification on this matter, we spoke to a person who shapes students’ lives – a school teacher.

The Sunday Morning Brunch spoke to a teacher on the condition of anonymity, who said that according to her, tuition can be in fact beneficial as it gives the student the opportunity to run through a syllabus twice.

The negative points are that it is commercialised and the times these tuition classes take place are rather disturbing.

She cited that the reason for tuition having become like an addition to students was the syllabus itself. She claimed that in the past, a student could read and understand the text whereas nowadays, the textbook does not help at all.

“The textbooks are not designed in a manner that allows self study,” she explained.

Speaking further on the matter, she also elaborated as to how the teachers at school have a very rigid timetable which is sent out by the Government. She said this does not help at all as teaching then turns into a rat race. Tuition teachers do not face this problem, which makes it easier for them to teach.

She revealed that another reason students opt for tuition is the fact that they get to choose who teaches them. In a school setting, one does not have an option – you are stuck with whoever the school chooses. Despite being highly qualified, the person’s delivery skills may not be up to par.

With regards to the ban on tuition classes on Sundays and Poya days, she said: “If we do not do this, we will be breeding a generation of emotionally insensitive and religiously poor people.”

As a teacher herself, this hardworking and dedicated individual tries to ease off the load from the students by not rushing through the syllabus and going slow. Also, in case a student misses certain lessons, she encourages them to read up on the text, after which she would read and discuss the questions with them. She concluded by stating: “The problem of tuition is the same as the plastic problem. You tell people not to use lunch sheets but there is no alternative, so you go back to them.”

The ones that suffer from the extremities of the education system and thereby go for tuition classes are the students themselves.

To further understand their dilemma, we got in touch with a student of an international school, Moyra Muttiah. She explained that the main issue with tuition was the fact that there was no room to breathe after everything is done.

“You’d have to stay up late to get work done and as soon as you get home from class, you cannot relax because you would have to get down to your school work and it puts you in crunch mode.”

Another “trend”, if you could call it that, we see in students is that they go for multiple tuition classes covering just one subject. Muttiah was able to unravel the logic behind this.

“I feel like most students need the extra classes or at least feel like they do. On the other hand, other students go for classes because everybody else does; they feel like they will miss out on something if they don’t go.”

Furthermore, she explained that students also get sucked into tuition classes which might not even help them at all! She claimed that when a student’s sibling/s go to a tuition class and highly recommend it, they too are basically forced into going for it. Another reason for this is that, especially during Ordinary Level Examinations, is it is very difficult to find private tutors. Hence, students go for multiple classes in hopes of understanding the subject better by listening to the lesson over and over again.

Despite tuition being an essential product at this point, Muttiah pointed out that certain students do not go for classes if they find that the school teacher is good enough for them. She stated that tuition classes are in fact beneficial if they are not too crowded and if they do not go on for too long and overwork the student.

Last but not least, we interviewed one of the men behind the scenes, a well renowned tuition lecturer/teacher. He too wished to remain anonymous. “Tuition classes have become a necessity, that is a no-brainer; the better question is, why has it become a necessity?” he explained.

He revealed the common answer to be competition, but that is merely scratching the surface. “When you look at it from an outsider’s perspective, it looks like the students are being tortured when students are kept for lengthy classes. If there is no value in these lectures, why is it that the students still go for them?”

When asked about the ban on tuition classes on Sundays and Poya days, he stated that he had absolutely nothing against the ban, but the question is, is it fulfilling its intended purpose? “You expect people to become more religious by stopping classes on these days, but will it actually make people better and more religious and give them a better life? That is a big question.”

Tuition generally gets a bad rep, but the fact remains that students prefer going for these classes. What could be the reason for this?

The lecturer revealed that they do in fact strive to give their students the very best. “There is no single formula. We do many things to accommodate the kids – we give them exams, marking schemes, and have one-on-one discussions. It differs from person to person but what is most important is whether you can teach in a way that most of the kids can understand.”

Tuition classes, although garnering a reputation as a menace, have definitely become essential in every student’s life at present. Hopefully in the future, we can anticipate a change in the system and thereby reduce the burdens of the students.

September 9, 2019 byThe Sunday Morning No Comments
A topic frequently visited by environmentalists and activists, the death of wild elephants due to train accidents has not ceased to exist as of yet.