Addressing the need to mainstream gender in education: Part I 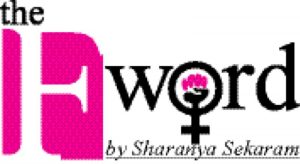 Education reform is often hailed as the holy grail of changing generational attitudes, especially when it comes to violence and gender inequality. Since the end of the Sri Lankan armed conflict in 2009, gender activists have been exploring how mainstreaming gender and gender equality into education will impact our move forward.

To understand why gender must be addressed in education, particularly in post-war Sri Lanka, the relationship between gender inequality and conflict must be explored. How are the two related and how does one impact the other? What is the need to discuss sexual and reproductive health and rights in post-conflict situations and how does this impact reconciliation and peacebuilding? Why is gender a necessary component of peacebuilding?

The link between the conflict and the conversation around gender equality (particularly sexual and reproductive health and rights or SRHR) is not a new one. Those working in the field of gender have long recognised the interlinkages between the two, beginning with looking at women and gender minorities as marginalised groups that have their rights and autonomy disproportionately affected in conflict. Studies show that within conflict situations, women see their sexual and reproductive health and rights affected through a variety of facets (Kottegoda, 2007). This includes but is not limited to SRHR from a rights-based perspective, how gender roles are viewed in the context of ethno-religious conflict situations, power relations, how lack of comprehensive sexual and relationship education can contribute to conflict situations, and the impact of the notion of masculinity emphasised by war and conflict.

These rights are protected by internationally ratified treaties, and a lack of access to SRHR education remains a barrier to complying with the obligations to ensure the rights to life, health, non-discrimination, and information, a view that has been supported by the statements of the Committee on the Rights of the Child, the Convention on the Elimination of all Forms of Discrimination Against Women (CEDAW), and the Committee on Economic, Social, and Cultural Rights (UNESCO, 2015).

Access by affected communities to their rights is a crucial element of the peacebuilding and reconciliation process, and SRHR are components of that.

In conflict societies, women and gender minorities are one of the marginalised groups that have their rights affected (such as SRHR) and for sustainable peacebuilding to take place, this must be given consideration. The denial or limitations of rights to any group affects the process of peacebuilding and can increase the potential of conflict.

Gender discrimination and women’s low status are at the root of women’s limited autonomy and of the denial of their rights to health and bodily integrity: When women suffer poor mental and physical health and limited decision-making power, this, in turn, impacts negatively on their children’s survival, healthy growth, and development (Plan International, 2015). This undeniably influences long-term efforts for peacebuilding and conflict, with overall development being affected and instability created.

In Sri Lanka, post-war instability and clashes have been shown to be linked to rigid gender roles and a lack of CSE (comprehensive sexuality education). The procreating ability of women has identified them historically with the “nation”. This is evident in independence movements and nationalist movements in South Asia. Feminists such as Kumkum Sangari (1990), and Floya Antias and Nira Yuval-Davis (1992) have shown how the state deployed women’s bodies to foster a national identity among its people, and to maintain the state’s position as a patriarchal father figure. The danger that these scholars warn of is the impact that such sentiments could have on the rights of women and girls in general and their sexual and reproductive rights.

In Sri Lanka, the key features of a frame that defines how women’s SRHR in the context of the country’s popular nationalist ideals include the familiar trope of the heterosexual nuclear family as being the foundation or primary building block of Sri Lanka’s nationhood. Within this are clear notions of what women’s roles and men’s roles are, and what it means to be a “good” wife and a “good” mother. Therefore, women’s bodily integrity, autonomy, and agency are secondary to the collective good of the family, and by extension, the state (Kodikara 2013).

Conversations online and the attacks on women revealed a binary representation of women in the online space – one is of the overly romanticised image of the non-English speaking rural woman and the other of English-speaking women in urban spaces, associated with loose morals. Both strands of arguments were couched in terms of expectations that women conform to their expected gendered roles and did not allow any space for non-conformity.

Violence also arguably becomes normalised in conflict and post-conflict societies, with notions of masculinity and violence becoming interlinked. This has a large impact on how women are then viewed and the rise of gender-based violence.

Studies looking at how women were attacked in the online space for speaking up against Sinhala-Buddhist nationalism post-war found that aspersions cast on a woman’s sexuality were used to dismiss their arguments and discourage them from participating. Women who did attempt to engage online or participate in protests were often subject to dismissal and even sexually explicit threats.

This is the first instalment of a two-part column that will be continued the following week.

October 13, 2019 byThe Sunday Morning No Comments
With election fever hitting the nation like a storm, all parties are engaged in an intense battle, with the 2019 presidential election to be held in almost a month’s time.