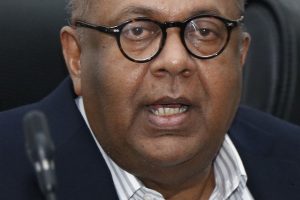 The Attorney General(AG)  has informed the Director CID that it lacks sufficient evidence to to proceed against anyone in respect of a complaint lodged by former Finance Minister Mangala Samaraweera.

Samaraweera, on the 14 of January 2015, lodged a complaint with the CID, requesting the launch of an immediate investigation into an alleged conspiracy that was being hatched by the Rajapaksa brothers to subvert democracy by annulling the Presidential election results.

Samaraweera said the attempt was made in the wee hours of January 9.

March 1, 2019 byRandev No Comments
The Fort Magistrate has issued an open warrant to Interpol, seeking their assistance in the arrests of the five main suspects involved in the largest heroin haul in Sri Lanka.

November 30, 2020 byMihi Perera No Comments
The Sri Lanka Transport Board has announced that the state bus services will resume as usual from today.