Akila, Dickwella, Chandimal out; Lasith Malinga in as a player 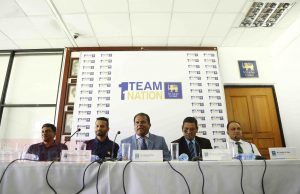 Sri Lanka Cricket’s National Selection Committee headed by Ashantha De Mel on Thursday, 18 April, announced Sri Lanka’s 15-man squad for the all important 12th ICC World Cup, which is to begin on 30 May in England and Wales.

De Mel, explaining why his committee decided to leave out the three, said it was purely for their poor current form.

The squad features the 21-year-old opening bat Avishka Fernando. He had a modest tour of South Africa last month. Jeevan Mendis and Jeffrey Vandersay have made it into the squad for their performances in the week-long Super Four Provincial Tournament held early this month.

Mendis took six wickets in three matches and scored an unbeaten fifty while Vandersay took five wickets in the tournament. He becomes the only specialist spinner in the squad.  Thirimanne was the tournament’s second-highest scorer, behind Angelo Mathews, making a century and a fifty (82). 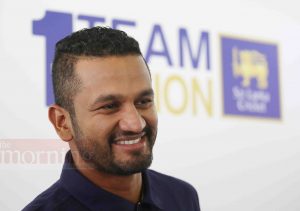 Facing a barrage of questions from the media on the new selection, De Mel said that they looked for the right team-balance, in consultation with the new skipper Karunaratne.

“There is no place for Chandimal. The no. 5 and 6 spots required an all-rounder, not a specialist batsman. With regards to Dananjaya, he has lost his effectiveness after he remodelled his bowling action. He didn’t bowl well in the Inter Provincial matches which I watched. Dhananjaya (De Silva) is performing better with more spin and better strike rate to get the only off-spinner’s spot available. Dickwella didn’t bat well enough to be picked during all his recent appearances in ODI cricket,” explained De Mel. 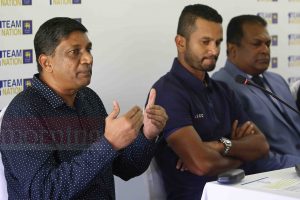 De Mel also said he talked to Lasith Malinga before his committee decided on the final 15-man squad and explained to him that his services were needed as a player for the team. SLC head Silva said no one was indispensable and if Malinga is not willing to play under someone else’s captaincy, they (the SLC) couldn’t help it.

There was uncertainty whether the veteran ace pacie, who is now performing well at the Indian Premier League for his franchise Mumbai Indians, will retire from international cricket if he was not offered the ODI captaincy role.

Note: Other two current Test playing countries, Ireland (who played in the three previous World Cups) and Zimbabwe (who has been playing in the World Cup since 1983) did not qualify this time for the World Cup 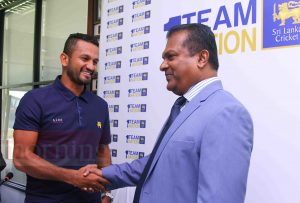 * Participants to be decided

Sri Lanka does not take part in any of the eight Day & Night fixtures scheduled in the tournament. The two Semi-Finals and the Final are day games