Alcohol marketing ban to be relaxed?

September 13, 2020 by Madhusha Thavapalakumar No Comments 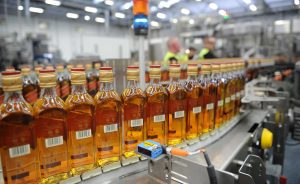 Sri Lanka’s alcohol manufacturers have made a collective request from the National Authority on Tobacco and Alcohol (NATA) to relax their regulations pertaining to advertising, The Sunday Morning Business learns.

The request has been made to enable alcohol manufacturers to promote the recycling of used liquor bottles by displaying awareness posters/banners at public places. This comes following a proposal made by the Central Environmental Authority (CEA) to ban quarter arrack bottles, which if implemented would severely impact alcohol manufacturers’ profitability.

Manufacturers are planning to display posters/banners raising awareness amongst their consumers on how to recycle quarter arrack bottles after consumption, as environmental hazards caused by disposing of these bottles was the main concern of the CEA. The posters/banners would educate the consumers to handover the empty bottles to the nearest wine store, which would in turn hand it over to a recycling company.

However, the NATA Act does not permit alcohol manufacturers to conduct any sort of advertising or even awareness campaigns, and this has prompted the request for the relaxation of the NATA Act.

NATA Act of No. 27 of 2006 states: “A person shall not publish or cause to be published, or authorise the publication of, a tobacco advertisement or an alcohol advertisement.”

According to the Department of Excise, the request is with the NATA at the moment and they are yet to provide their response. All our attempts to reach NATA Chairman Dr. Samadhi Rajapaksa for a comment proved futile.

Nevertheless, Deputy Excise Commissioner Kapila Kumarasinghe told The Sunday Morning Business that if the NATA Act does not provide leeway to raise awareness on quarter bottle recycling through public banners and posters, the Department of Excise would raise awareness on behalf of the manufacturers.

“The Act does not permit manufacturers to display their branding. But we are permitted to raise awareness or advertise. So we might raise awareness amongst consumers on recycling in case the NATA Act refuses to let them do it,” Kumarasinghe stated.

On a further note, he added that the destruction that would be caused to the environment due to the inability to promote recycling would be much greater than the consequences of relaxing alcohol promotion regulations.

This request is also necessitated by the option given to the industry by the authorities to charge Rs. 50 as a refundable deposit for every quarter bottle purchased. This Rs. 50 would be returned to the consumer when the empty bottle is returned to the seller.

Nevertheless, sources informed us that alcohol manufacturers are not in favour of this option, as quarter bottles are bought almost entirely by daily drinkers and an increase of Rs. 50 would put the quarter bottle beyond consumers’ reach.

“The NATA Act prohibits drinking in public, so consumers have to take these bottles elsewhere and drink. After that, they would be reluctant to come and return the bottle. This move would also lead to a rise in illicit liquor,” sources added.

Meanwhile, after being in the pipeline for years under consecutive governments, the ban on single-use plastic is set to be implemented from 2021, and the CEA has submitted a proposal to the Cabinet of Ministers on this matter.

July 21, 2019 bythemorninglk No Comments
Sampath Bank has followed capital raising plans which were formulated three years ago, and there have been no ad hoc cash calls, according to its Managing Director Nanda Fernando.