All pre-schools closed from today 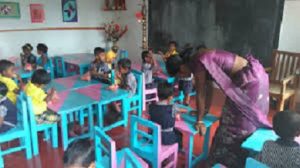 All pre-schools will be closed from today (13), until further notice, the Ministry of Women and Child Affairs announced.

In the meantime, All state schools, including all private and international Catholic schools under the purview of the Archbishop, were given early holidays starting from today (13) to 20th of April.

Tuition masters island-wide have been requested not to conduct classes for a period of 2 weeks from today (13).

The Commissioner-General of Buddhist Affairs yesterday announced that all Buddhist Dhamma Schools will be closed until the 26th of April.

Graduates get ‘bonus’ before working

March 8, 2020 bythemorninglk No Comments
The Government will pay salaries worth Rs 1.6 billion in total to newly employed graduates, even before they report for their first day of work, The Sunday Morning learnt.