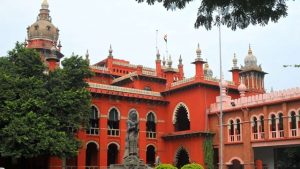 Continuing to hear the case of the Sri Lankan duo, who clandestinely entered and exited India, the Madurai Bench of the Madras High Court on Friday sought an amended final report from the police, filed against the five men who helped them escape, The Hindu reported.

A Division Bench of Justices P.N. Prakash and B. Pugalendhi directed the police to include Section 109 of the Indian Penal Code for abetment of an offence. The five men were arrested by the Pamban police for helping the Sri Lankan duo — Sanga Sirantha and Mohammed Saffras — sail back to the island nation.

Last year, Sanga Sirantha and Mohammed Saffras, with criminal records back home, had escaped to India to evade arrest by the Sri Lankan authorities. They were then arrested by the Ramanathapuram police for entering India without valid documents.

Subsequently, they were remanded in judicial custody and their bail petitions dismissed by the High Court. Later, in order to facilitate their deportation, the case pending against them before the Judicial Magistrate was withdrawn.

However, the order of the Judicial Magistrate was misconstrued by the Puzhal prison authorities, where the duo had been lodged. After their release from the prison, the duo, with the help of the five Indians, escaped to Sri Lanka.

Earlier, the High Court had taken a serious view as to how such men with criminal antecedents had clandestinely entered and exited India. The Judicial Magistrate, police officials and the prison authorities were summoned by the court.

In a subsequent development, the Court was informed by the Centre that Sri Lankan authorities had confirmed that the duo had surrendered before the Colombo Chief Magistrate. The State on its part submitted that an investigation in the case was on and the five men who helped them were arrested.

December 1, 2020 byNethmi Liyanapathirana No Comments
A group of female inmates at the Negombo Prison has launched a protest on the prison rooftop while several more female inmates had supported the protest from the ground, it is learnt.

October 18, 2019 byTSM Web Desk No Comments
Australia has urged Sri Lanka to maintain the momentum with regard to combating human smuggling activities.