January 14, 2019 by themorninglk No Comments 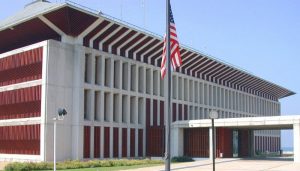 The American Centre in Colombo remains closed as the US Government shutdown continues.
However, US Embassy sources said that visa and consular operations at the embassy were not affected by the shutdown.

The partial shutdown of the US Government has become the longest on record, with still no end in sight to the political standoff.

Yesterday, it reached its 22nd day, overtaking the previous record of the 21-day shutdown in 1995-96 under then-President Bill Clinton, the BBC reported.

President Donald Trump refused to approve a budget unless it included funds for a wall on the Mexican border.

Democrats have rejected his request for $ 5.7 billion.

About a quarter of the federal government is still out of operation until a spending plan is agreed, leaving 800,000 employees unpaid.

WHO and DFAT donate vital equipment and supplies to Sri Lanka

May 10, 2020 byTSM Web Desk No Comments
WHO, in partnership with DFAT donates 800,000 USD worth of essential items to support the Government of Sri Lanka’s efforts to combat and control COVID-19; including personal protection equipment, hos