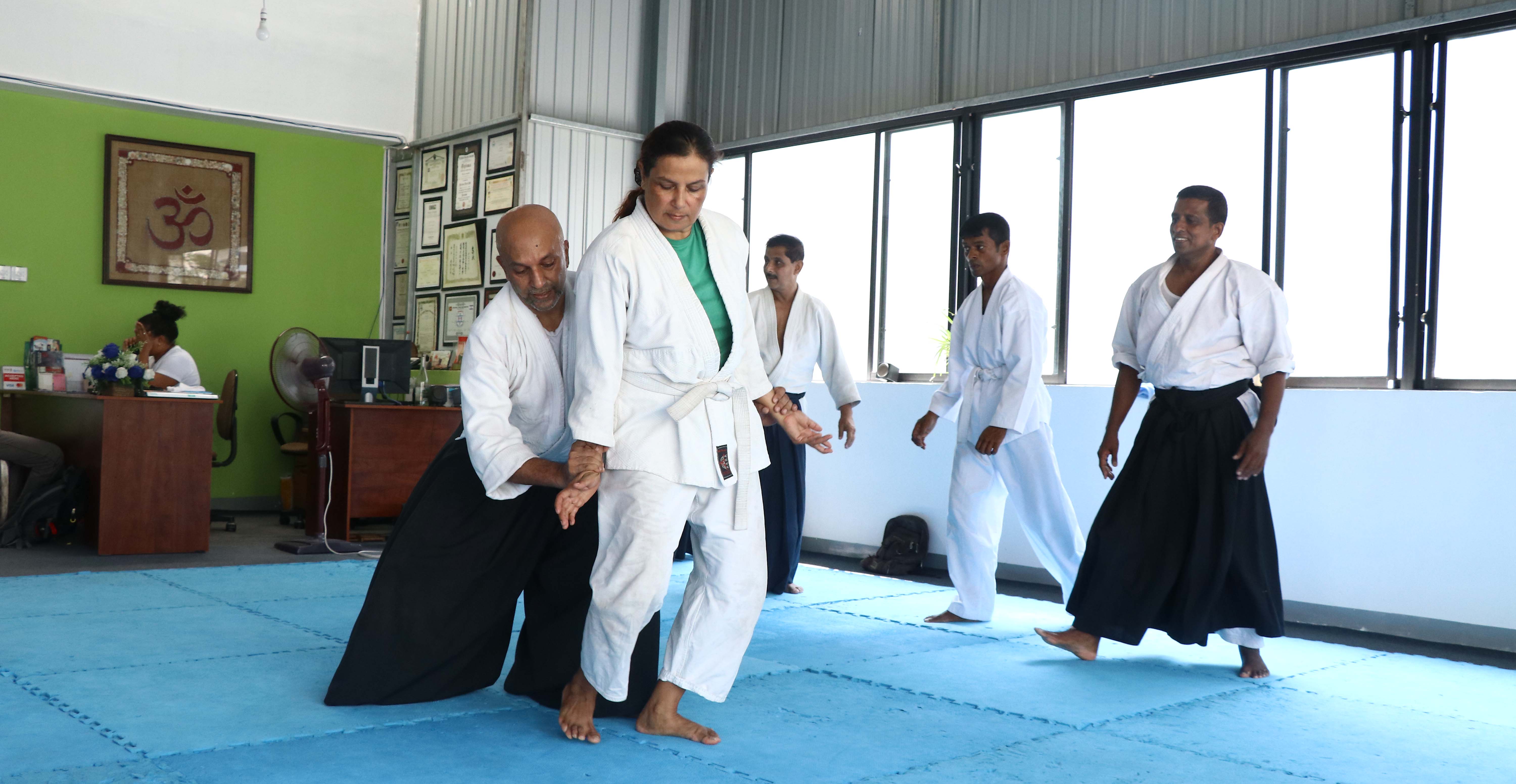 An art of peace

March 6, 2019 by themorninglk No Comments

An international Aikido training workshop series was conducted by the Sri Lanka Aikido Association Sri Lanka Aikikai on 22 and 23 February at the Dhamya Fitness Centre in Nugegoda. Following the workshop, a seminar was also conducted on Sunday as an annual event by the respected Aikido Organisation of Sri Lanka. 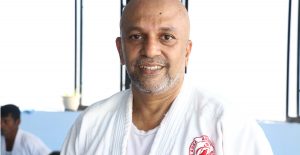 Mahesh Mannapperuma, one of the four main senseis conducting the workshop, said: “This year, the extra workshop which was conducted was pertaining to playing video clips and educating the audience more on what Aikido is, where its birthplace was, and how it’s executed with the rightful techniques.

“2019 marks the first year for an educative workshop to be held on behalf of teaching Aikido at a greater length than just conducting two seminars each year.”

The martial art of Aikido, which originates in Japan, has swiftly found itself positioned and practiced in our island of Sri Lanka. Unbeknownst to most, this new art amongst martial arts such as karate and judo, which is gaining more popularity by the day, is an art unlike most martial arts and does not require any sort of violence. 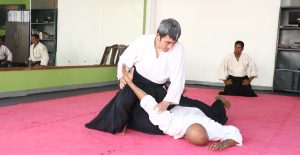 This art is defined as a self-defence martial art which does not require strength, but technique which helps both men and women around the world to not practice violence or war but practice defence – an art of peace.

Aikido is also famously known for being practised uniquely by the elite Tokyo Metropolitan Riot Police and Secret Police because of its ability to be extremely flexible, unlike the other forms of martial arts, therefore making it ideal for practical use in a wide range of law enforcement situations.

To grace the occasion and to participate in the workshop and seminars, a sensei from the Aikido Organisation of Japan was brought down to Sri Lanka along with the honourable Chief Guest Shihan Tadashi Komenoi who initiated the practice of Aikido in Sri Lanka. 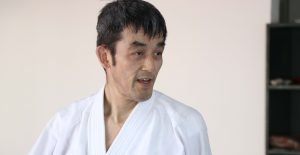 This time, Shihan Tomohiro Mori arrived from the Headquarters of Aikido in Hombu Dojo Japan to train and educate willing men and women to learn the art of Aikido from a direct link from Japan.

It is very important to note the extremely fixed connection between the founding organisation of Aikido in Japan and the Sri Lanka Aikido Association Sri Lanka Aikiki, allowing more people to join and practice the original techniques of Aikido straight from its birthplace. Due to this reason, more and more people are getting interested in the art of Aikido in Sri Lanka.

February 10, 2019 bythemorninglk No Comments
The Ministry of Health announced starting from 1 April - all solid foods must henceforth be labelled with a colour-coded system.