An eventful eve for a cause

July 3, 2019 by themorninglk No Comments

Galle Face Hotel is set to host “A Cullinary and Cultural Evening” on 5 July from 6.30 p.m. onwards. The hosts hope to entertain their guests with an evening jam-packed with operatic bliss, as well as a splendid dinner.

Both local and international performers are set to entertain guests throughout the course of the night, with their artistic sophistication and energetic performances.

Bel Canto artist and stage director Carlos Conde-Gonzales arrived from San Juan, Puerto Rico. He’s set foot in a plethora of important arenas, and to put them into words would require much more than just one story; the prestigious Carnegie Hall and Lincoln Hall are a couple worth mentioning. 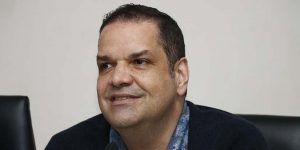 Not only is Carlos a renowned voice teacher at institutions such as Rutgers University, New Jersey and the Pre-College Division of Juilliard, he also maintains vocal consultancy studies in New York City, Mexico, London, Frankfurt, and Vienna.

Entering into the scene with his debut performance playing the role of Rudolfo in “La Boheme”, Benito Rodriguez has featured in numerous countries around the world including the US and Canada. Recently, he performed alongside acclaimed soprano Sumi Jo for the United Nations (UN).

Peter Crockford, a Musical Director of The Deloitte Choir, transcended into his career whilst working for several opera companies such as the Glyndebourne Festival, Wexford Festival, and Welsh National Opera. Later on, he was seen directing shows such as The Mikado at the Gatehouse, as well as Purcell’s The Fairy Queen at the Maldon Festival in Essex.

Born in Manchester, England, the striking Barbara Segal is currently based in Sri Lanka. She studied with the late Dame Isobel Baillie, and made her debut in the role of Musetta in “La Boheme” at the Santa Margherita Ligure Opera Festival. 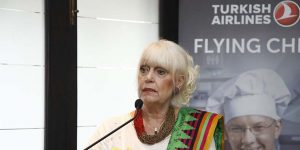 Today, she conducts intensive tutorials for young Sri Lankan students and master classes and workshops at the University of Visual and Performing Arts in Colombo.

Barbara SegalFounder/Director of “Menaka Singers”, Menaka De Fonseka Sahabandu, has been teaching piano and voice for nearly 35 years. She is a fellow of the Trinity College London, and has captivated international audiences during shows such us “Carmen by Bizet” (2008) and “So Jetais Roi” by Adolph Adam (2010) with her outstanding talent. 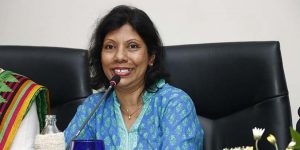 The terrific four-course meal for the night will offer guests a chance to indulge in mouthwatering dishes prepared by the hotel throughout the course of the evening.

Apart from this, patrons will also be able to participate in the silent auction for a good cause. A night and dinner at 1864, a weekend at EKHO Lake House, and a private dinner for six are up for grabs. These options will be displayed at the lobby throughout the course of the evening, and proceeds will be donated to the Kochchikade Church afterwards.

The event will take place on Friday, 5 July from 7 p.m. onwards in the Jubilee Ballroom, with pre-show refreshments including canapés served from 6.30 p.m.

Tickets are priced at Rs. 6,500 nett per person for the concert, four-course dinner, wine, and soft Beverages, and are on sale at Galle Face Hotel.

Alternatively, please contact the events team on 0777 222 135 or email specialevents@gallefacehotel.net for reservations.

Going against the whole grain

January 12, 2020 bythemorninglk No Comments
‘Pizza Bakery’ at One Galle Face

The price of beauty

September 18, 2019 byPubudu Chinthaka No Comments
If it is an important function, you want to look your best. Maybe you need your regular facial or it’s time to layer your hair in a new way. Overgrown eyebrows?