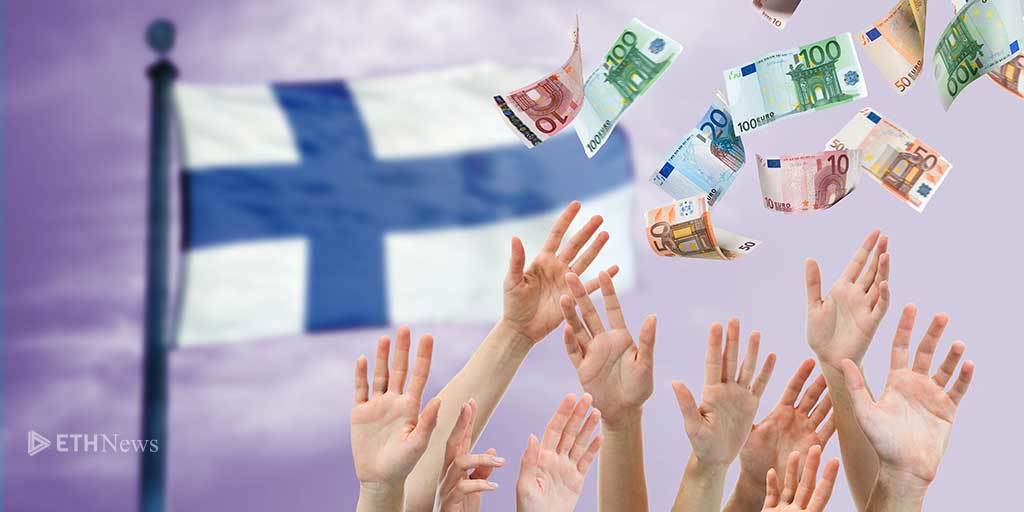 An income for all – Yay or Nay?

“The time for change has come. I will launch the final assault on poverty,” said Rahul Gandhi, a political candidate who competed, and lost, against Prime Minister Narendra Modi in the recently concluded Indian general elections. Poverty in India is high, with nearly 354 million people classified as “poor”. The final assault suggested was a monthly income for the 20% of people with the lowest income in the country. This monthly income would amount to INR 6,000 which is around Rs. 15,000 per month.

This “final assault” has roots in the concept of a Universal Basic Income (UBI), an income which is not restricted only to the poor. In 2017, UBI was experimented in Finland through a limited pilot study. Their goal was to understand if there was an impact on lives when UBI is implemented. These findings indicate that levels of life satisfaction increased from 6.7 to 7.3.

Keeping in mind that this was only a pilot, the increase in life satisfaction have been linked to the demographic profile of Finland and its economic stability. Given the ageing population in Finland, the retirement age has been extended to 65-68 years of age. As working extensively for long hours influences the aged in a negative way, relieving them from work worries and anxieties improves their standard of living. However, the Scandinavian country can afford to be generous to its citizens because of a solid structure of taxation and achieving a GDP per capita of $ 47,558 as for 2017. Based on these factors, either a guaranteed or a basic income had a level of success when piloted.

More on the Western hemisphere, Brazil has gained attention for their “conditional” basic income guarantee, an income granted as a positive reinforcement for actions the government deems a priority such as sending children to school.

India is the first nation from this part of the world which has talked about adopting a similar concept. While nobody has mentioned it in Sri Lanka in the run up to the Presidential elections, it is interesting to explore if our existing welfare state should implement a similar strategy?

In Sri Lanka, two of the main welfare schemes, Samurdhi and the fertiliser subsidy (pohora sahanadhara) accounts for 0.5% of the GDP as of 2017 (CBSL, 2017). Samurdhi gives a maximum amount of Rs. 3,500 for a household with three or more family members. Samurdhi, initiated in 1994, is continued to date and the welfare benefit is offered for households with a monthly income less than Rs.4000 – the official poverty line for the country.

Given this backdrop, will it be a feasible option to substitute Samurdhi with a basic income guarantee in Sri Lanka?

The Advocata Institute earlier this year sponsored a discussion on the topic of UBI through the Nightwatchman Society. At this event, Prof. Rohan Samarajiva presented three arguments questioning the efficiency of such a scheme in the context of Sri Lanka: Do we have the fiscal capacity? Will this be another political instrument? What should be the process of identifying the beneficiaries?


What about fiscal capacity?
As of 2016, our budget deficit is a staggering Rs. 683 million. Sri Lanka does not have the fiscal capacity to provide a stipend for 5.1 million households. If we implement a Rs. 15,000 cash transfers per month for 20% of households, it would cost us Rs. 180 billion per year. As this is not feasible at all, winding down to 5% of the poorest will account to Rs. 45 billion per annum. To put this expense in context, a cash transfer for 5% of the poorest households would be equivalent to 0.5% of the GDP, 2.7% of the government revenue and 1.9% of the government expenditure.

Adding another welfare programme against this backdrop would clearly burden government spending and our tax payer commitments in the years to come. To add to the mess of these existing issues are the weak methods of revenue collection we have in the country. Given the arguments presented as to why our fiscal position cannot accommodate UBI, should we even discuss the implementation of such a policy in this country?


Yet another political instrument?
The welfarism that has taken a front seat in political arenas since Sri Lanka’s independence has meant that citizens lean towards increases in subsidies and other government handouts. Subsidies are still an effective political tool that catches voters’ attention. Do past experiences work in favour of the basic income guarantee? Could we afford to rely on weak governance as a trade-off for positive subsidies? Would this be another instrument used by scheming politicians only for the sake of popularity?
It is with no doubt that the Samurdhi welfare scheme has contributed towards eradicating poverty.

However, given the fact that there lacks an assessment process to monitor progress and abusing Samurdhi by using it as a tool to increase political support and grow voter bases gives a signal that Samurdhi either needs to be restructured or perhaps replaced. Lessons learnt from the past offer valuable insights to the future. Given the politicised nature of Samurdhi and the fact that the welfare benefit is not actually reaching those who are eligible for it, one has to question the efficacy of such schemes. Serious restructuring of our current welfare scheme is long overdue, and the utility created by such schemes needs to be interrogated before moving forward.


Dilshani N. Ranawaka is a research executive at the Advocata Institute whose research areas are labour economics, behavioural economics and public finance. Advocata is an independent policy think tank based in Colombo, Sri Lanka, which conducts research, provides commentary, and holds events to promote sound policy ideas compatible with a free society in Sri Lanka. Ranawaka can be contacted at dilshani@advocata.org or @dilshani_n on twitter.