May 21, 2020 by Dimithri Wijesinghe No Comments

An exhibition by Jagath Weerasinghe – 21 May-11 July

“The work or the series of works that I try to do here during my residency is about how borders, taking the concept in its widest sense, make the idea of ‘self’ to disintegrate, to fragment, and to frustrate. But as we know, ‘self’ doesn’t really disintegrate or fragments as such. In other words, what I try to capture is the tyranny of the frustrating processes that borders engender,” says Jagath Weerasinghe.

Saskia Fernando Gallery will be presenting “April Works: Backpacks, Bombs & Borders” by Jagath Weerasinghe from 21 May to 11 July. Speaking to Saskia, she shared this series, created in April 2019, will showcase Weerasinghe responding to the Easter attacks that occurred in the same month in Sri Lanka. 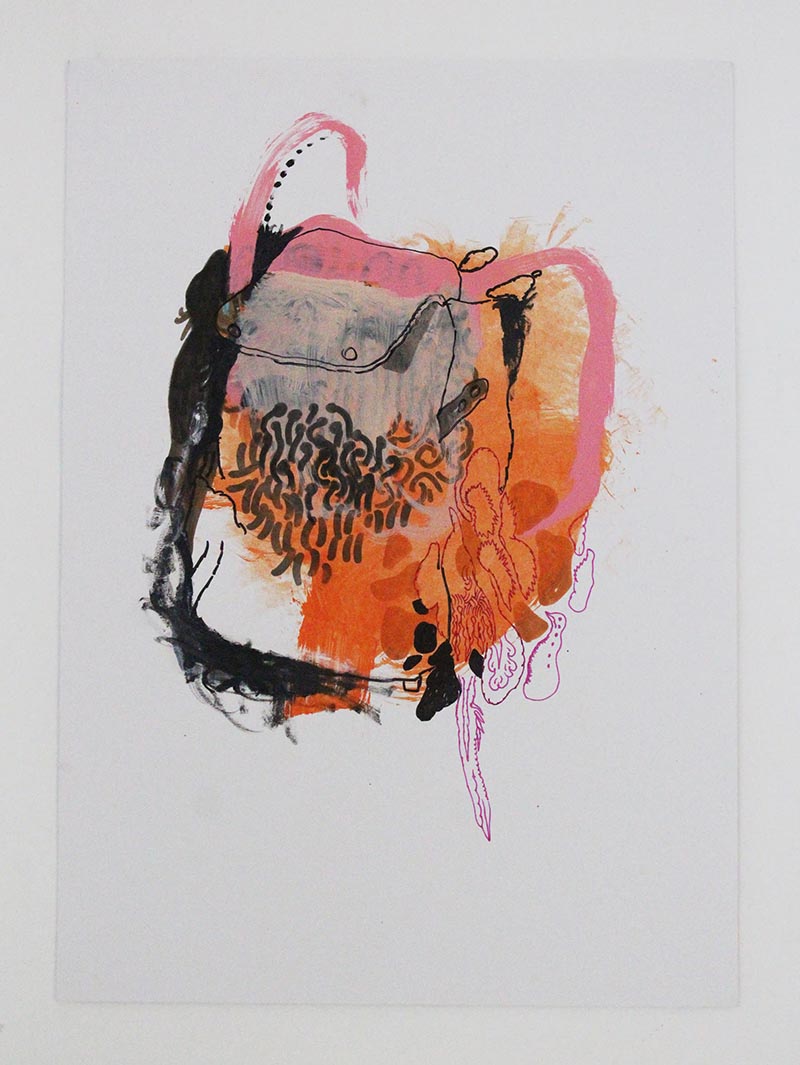 During this time in Los Angeles, Weerasinghe began a smaller series of work on paper and installation in response to the news of the attacks, and later continued the series during his residency at Davidson College of Art, North Carolina where he created works on butcher paper.

Saskia provided that Weerasinghe draws parallels between mundane objects/materials and violence; an evolution of this form of narrative and hidden ironies are continuously present in his work. Using “self” to narrate the political concepts in his works, he writes love letters to emphasise the harsh reality behind the themes of violence, corruption, sexuality, and borders.

She took us through the works you can expect in the exhibition, a slight insight into what you are to experience.

In this series, she stated, Weerasinghe depicts the body in various states of fragmentation. Broken and incomplete, the bodies depict what may happen to each of us at a border crossing. “Whether security checkpoints, border walls, or more abstractly, the moment we meet someone for the first time, or even when we fall in love.”

He addresses borders as a site for deconstruction of identity to the point of abstraction, where “one’s perceived ability to present oneself is temporarily halted and suspended” and the sojourner acquiesces to the unknown and an invasion of privacy.

Saskia also added that in the second work, Weerasinghe presents several backpacks – an object that carries basic or inane personal artefacts, yet is often searched when we attempt to enter different spaces. Whether crossing geopolitical borders or simply gaining entrance into a variety of controlled spaces such as government buildings to museums, backpacks are variously confiscated, stored, carried, or protected.

In the painting, the backpacks are black and huddled together, like stand-ins for the owners. She said that while we might imagine this group at the border, awaiting permission to cross into a new place, Weerasinghe places a clear backpack in the gallery as a reminder of new rules put in place at schools, stadiums, and other public locales due to the rise in mass shootings. As a symbol, a backpack is a catchall for travellers, scholars, and seekers. At borders, they are treated with an air of anxiety; loudspeakers warn travellers of the dangers of unaccompanied baggage.

Making a statement with clutches

October 22, 2019 byThe Sunday Morning No Comments
Accessorising is the finishing touch added to an outfit and this week we decided to focus on clutches.

March 31, 2019 bythemorninglk No Comments
#SheLeads, which took place on 23 March, was organised in light of International Women’s Day conducted pitch-style short sessions on a number of topics ranging from leadership to entrepreneurship.