By Skandha Gunasekara and Sarah Hannan 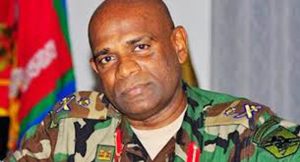 Senanayake already appeared before the PSC and has been asked to appear again on Wednesday (31), PSC sources said.

Meanwhile, Prime Minister Ranil Wickremesinghe and several other ministers will be summoned before the PSC on 6 August, The Sunday Morning learnt.

PSC sources told The Sunday Morning that summons would be issued to the Prime Minister; State Minister of Defence Ruwan Wijewardene; Minister of Public Administration, Disaster Management, and Rural Economic Affairs Ranjith Madduma Bandara; and Minister of Ports and Shipping, and Southern Development Sagala Rathnayake to appear before the Committee on 6 August.

In addition, sources revealed that the PSC would also be inviting President Maithripala Sirisena to testify. Meanwhile, the Prime Minister’s Office said that it had not yet received summons for the Prime Minister to appear before the PSC.

A spokesperson told The Sunday Morning that the Premier was willing to testify at the PSC at any given date. To date, the PSC has summoned politicians, the heads of the tri-forces and the Police, the Head of State Intelligence, the head of criminal investigations, the former Secretary of Defence, and the former Inspector General of Police.

August 28, 2020 bythemorningeditor1 liberty No Comments
Ministry of Health Chief Epidemiologist Dr. Sudath Samaraweera urged the public to be vigilant and follow all Covid-19-related health guidelines issued by the authorities as there was a threat posed b

August 13, 2019 byTSM Web Desk No Comments
Sri Lanka has imported a train from China at a cost of $10.3 million (Rs. 1.83 billion) which will be the first of nine power sets, to run the Up Country line.