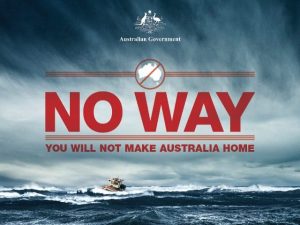 Australia remains committed to protecting its borders, stamping out people smuggling, and preventing people from risking their lives at sea.

Australian High Commissioner, David Holly, warned anyone considering illegal migration not to be fooled by the lies and false advertising of people smugglers.

“As the return of these people shows, there has been no change to Australia’s tough border protection policies following Australia’s recent Federal Election,” High Commissioner Holly said.

“Australia has zero tolerance for people smuggling, and people who attempt to come to Australia illegally by boat have zero chance of success.”

Father of an infant at LRH tests positive

October 9, 2020 byCharindra No Comments
The father of an infant receiving treatment at Lady Ridgeway Children's Hospital has also tested positive for COVID-19.

May 28, 2019 byRandev No Comments
Switzerland has updated its travel advisory to Sri Lanka as the security situation in the island has improved.