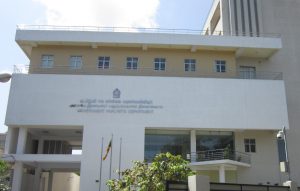 Reports for a total of 9,000 drug samples sent for examination to the Government Analyst’s Department by courts islandwide are pending, creating a backlog in drug-related cases being heard, The Ministry of Justice revealed.

Minister of Justice Ali Sabry PC, speaking to The Morning, said: “Between 2015-2019, only 14 analysts were working at the laboratory. This year, we increased the team up to 28 analysts after new analysts were recruited. We have also asked for assistance from the qualified officials at the National Dangerous Drugs Control Board (NDDCB).”

Sabry further noted that the Government Analyst’s Department was given directives to clear the backlog within the next three months and to fulfil this requirement, the staff will work two shifts daily, and seek the assistance of the NDDCB staff as well.

The 28 staff members will be split into two groups of 14 each and work on a rotation basis on day and night shifts in order to clear the backlog.

June 26, 2020 byTSM Web Desk No Comments
The Colombo Magistrate's Court has issued warrants on the two individuals who appeared during a ‘white van’ press briefing organised by former Minister Rajitha Senaratne in the run up to the president

August 11, 2020 byTSM Web Desk No Comments
Tamil Progressive Alliance (TPA) Leader Mano Ganesan said that there would be no division in the Samagi Jana Balawegaya (SJB) over the allocation of National List seats.