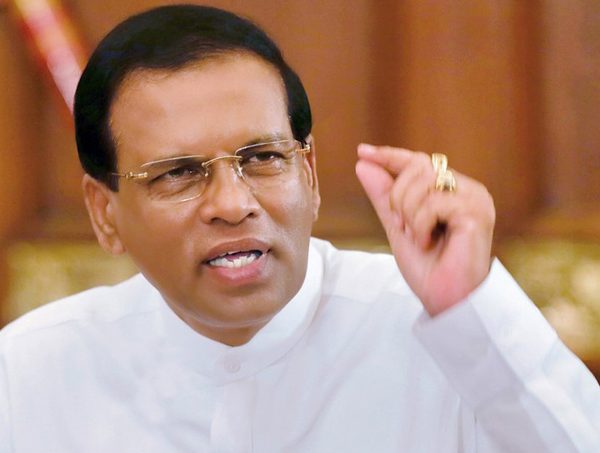 President Maithripala Sirisena has reportedly complained that he was served some cashews unsuitable for human consumption during a recent trip with the national carrier, SriLankan Airlines.

According to the BBC report, the airline, which has at least US$ 1 billion (£ 770 million) of debt, has yet to comment on Sirisena’s outburst.

The President has said during an event in the South recently where had had addressed a group of farmers that the offending products were served to him during a flight from the Nepalese capital Kathmandu to Colombo last week.

“When I returned from Nepal, they served some cashew nuts on the plane [that], let alone humans, even dogs can’t eat, who approves these things?” the President has reportedly told the farmers.

“Who approved the cashew? Who is responsible for this?”

Rajitha up in arms over ‘smart’ cigarette packs

October 3, 2018 byEaswaran No Comments
Minister of Health Rajitha Seneratne, said that the ‘smart’ cigarette packed by the Ceylon Tobacco Company was a counter measure to the Government’s plans to ban the sale of loose cigarettes.

December 4, 2018 byThe Sunday Morning No Comments
The brother of Australian cricket star Usman Khawaja has been arrested for allegedly framing another man over a fake terror plot.