Bail for IGP and Hemasiri to be re-considered 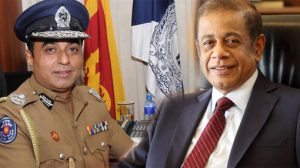 The revision application on the bail granted to Inspector General of Police (IGP) Pujith Jayasundara and the former Defense Secretary Hemasiri Fernando will be considered on 1 August by the Colombo High Court.

The revision application was taken up before the Colombo High Court today and the court decided to consider it on 1st August.

December 12, 2019 byTSM Web Desk No Comments
The Cabinet of Ministers has approved the proposal presented by Minister of Environment and wildlife Resources to repair and maintain the prevailing electric fences.