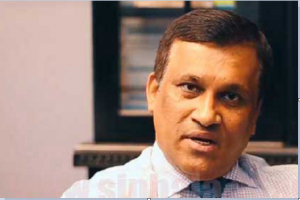 Mohamed who surrendered to the CID on the 31 of December, was arrested and remanded until 06th of January.

When former Minister Rajitha Senaratne’s case was taken up on the 30 of December, the Deputy Solicitor General Dilipa Pieris had requested court to issue an arrest warrant on former SPC Chairman for allegedly paying Rs. 2 million to the two participants of the ‘white van’ press briefing.

However, the court rejected the issuance of an arrest warrant.

The court also issued a travel ban on Mohamed following a request from the Deputy Solicitor General.

August 13, 2020 byTSM Web Desk No Comments
Dr. Harini Amarasuriya has been nominated to the National List seat of the Jathika Jana Balawegaya (JJB).