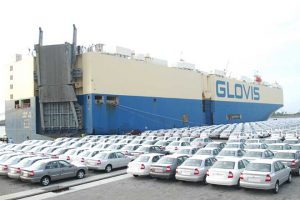 Speaking to The Morning, VIASL Secretary Arosha Rodrigo said: “The Government-imposed ban on motor vehicle imports since March 2020 has negatively impacted the Sri Lankan economy as well as vehicle importers and all related industries. Moreover, government officials have shared overestimated figures regarding the availability of vehicle stocks.”

Last month, Secretary to the President Dr. P.B. Jayasundara had issued a statement indicating that Sri Lanka has sufficient vehicle stocks to last two and a half years.

However, according to Rodrigo, the independent survey that VIASL had carried out had returned a stock count of less than 3,000 motor vehicles in the market, which will probably last only two and a half months, given the increase in demand.

In addition, the VIASL also pointed out that the import-based industry is facing severe difficulties in maintaining their business premises, paying off bank loans and rent, and paying the salaries of their employees.

Since the industry was only at the recovery stage after the Easter Sunday attack, most vehicle importers carried out importation with minimum stocks, as the holding cost of the industry is substantial. Hence, currently, there is a large number of showrooms and importers in the country who are without a single vehicle in their showrooms, and are struggling to survive and pay their employees. If the ban is to continue further, they will be forced to close down their businesses and make all their employees redundant.

As per the calculations carried out by the VIASL, around 100,000 direct and indirect employees will have to be made redundant if the ban is to continue further. This would mean around 350,000-400,000 dependents of these employees would face severe financial difficulties threatening their survival.

September 20, 2019 byTSM Web Desk No Comments
The Parliamentary Select Committee (PSC) appointed to inquire into the Easter Sunday terror attacks has concluded the hearing of evidence from President Maithripala Sirisena.