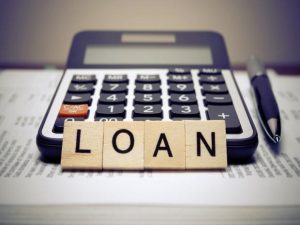 After several weeks of discussions, the Central Bank of Sri Lanka (CBSL) last week granted a request by the banking sector to allow them to charge interest from lenders who are under the Covid-19 moratorium, The Sunday Morning Business learns.

The moratorium that was announced in March after the local spread of the coronavirus pandemic, had waived off interest rate payments, depriving interest income earned by banks, thereby leading to cash flow issues.

A senior banker confirmed to The Sunday Morning Business that banks are now permitted to charge interest up to 7% per annum, which has to be paid in Equal Monthly Instalments (EMI).

“During the moratorium period, banks can apply a 7% interest rate per annum. This applies to any moratorium,” the banker added.

Even though it is less than what banks actually requested and would not cover the full exposure of the moratorium, it is learnt that banks have agreed to this compromise. Nevertheless, according to the banker, banks will still endure the financial impact of this moratorium, but have agreed to support their customers.

The industry made a request from the CBSL a couple of weeks ago to be allowed to charge at least a component of the interest on loans that was completely waived off under the moratorium.

This request was made to ensure banks have sufficient cash flow to pay interest income to their depositors, as the moratorium as it stands deprives banks of interest income for half a year, creating severe cash flow issues.

Following the local spread of Covid-19, the CBSL announced financial relief in late March for selected industries due to the financial struggles endured as a result of the islandwide curfew.

Issuing a circular on 24 March, a few days after the imposition of the islandwide curfew, the CBSL announced a six-month debt moratorium for affected industries comprising that of small and medium enterprises (SME), tourism, apparel, plantation, IT, and related logistics service providers.

In the same circular, the CBSL instructed financial institutions to provide working capital requirements at an interest rate of 4% and waive off interest payments for at least six months for the aforementioned sectors.

According to JB Securities estimates, around 30% of loans to the private sector from the banking sector will be under moratorium. Based on the current weighted average lending rate of 13%, the day one loss on the carrying value of these loans, assuming an average moratorium period of 4.5 months, will be Rs. 94 billion. This goes up to Rs. 125 billion if the average period increases to six months.

They have also estimated that Rs. 50 billion of this loss can be offset from the reduction in the tax burden from 52% to 40%, due to the recent tax cuts computed on last year’s post-tax profits; the balance will have to be borne by a combination of labour cost savings (cuts to bonuses), other cost savings, higher margins, and lower profits.

In addition to this moratorium, banks are instructed to provide two other debt moratoriums under the circular issued in March, along with a number of relief measures for sectors affected by Covid-19, all of which involve assistance from financial institutions.

Financial institutions were instructed to implement a debt moratorium on capital and interest, which includes a six-month moratorium on leasing rentals of all three-wheelers, school vans, lorries, small good transport vehicles, and buses operated by the self-employed, and a moratorium until 30 May on personal loans and lease rentals valued at less than Rs. 1 million.

Around 3% of private sector credit was outstanding to the tourism sector as at the end of 2019, totalling Rs. 240 billion. Of this amount, Rs. 100 billion is under a one-year moratorium.

April 24, 2020 byCharindra No Comments
Fitch Ratings has downgraded Sri Lanka's Long-Term Foreign- and Local-Currency Issuer Default Ratings (IDR) to 'B-', from 'B'. The Outlook is Negative.

June 7, 2020 byCharindra No Comments
Sri Lanka is seeing a change in the way businesses operate with Covid-19 acting as a catalyst for change and it may help the nation catch up with other countries which had made these changes long ago.