Basil to discuss with SLFP 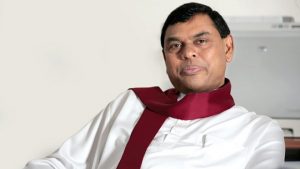 The SLPP team at the discussion is to be led by SLPP National Organiser Basil Rajapaksa and is to include party Chairman Prof. G.L. Peiris and MP Dullas Alahapperuma.

Jayasekara told The Sunday Morning that Tuesday’s discussion would likely be the final discussion since the outcome of the meeting would form the base for the discussion between Sirisena and Rajapaksa in order to reach a final decision on the proposed alliance.

Meanwhile, Alahapperuma told The Sunday Morning that since the policies and structure of the proposed alliance had already been discussed between the two parties at previous discussions, Tuesday’s meeting would focus on finalising these issues and forming the base for the party leaders’ discussion.

However, he said the final decision on the proposed alliance would be made by the two party leaders.
(MIA)

May 19, 2019 bythemorninglk No Comments
The United National Party (UNP) is yet to decide on their stance regarding the No-confidence Motion (NCM) against the Minister of Industries Rishad Bathiudeen.

IGP to be asked to explain how Welikada report leaked

February 20, 2019 byEaswaran No Comments
Inspector General of Police Pujith Jayasundara is to be asked to explain how a report on investigations conducted on the 2012 Welikada prison riot had leaked to the media.