Battle to save our cuppa 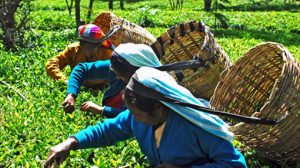 The tea industry in Sri Lanka gained its fame over the years for producing uniquely high-quality tea. However, the industry faced a lapse in keeping up with its quality and production last year due to the mismanagement of the estates.

A large-scale operation is now set to be launched to revive the island’s tea industry to its previous standards.

The estates are currently being nursed to engage in the process of infilling and replanting tea in several estates with the objective of producing 315 million kilograms of tea.

Past governments as well as the incumbent Government have come up with initiatives to make Sri Lanka the “tea hub” of the world over the years.

Once during the tenure of former President Mahinda Rajapaksa, the idea was included in the “Mahinda Chintana: Vision for a New Sri Lanka” programme, after which the idea was re-introduced twice by former Finance Minister Ravi Karunanayake but it was short-lived.

The Sri Lanka Tea Board said a renewal process needs to be executed in tea planting, manufacturing, and exporting.

Sri Lanka Tea Board Chairman Lucille Wijewardena said that as the previous crops were fulfilling their lifespan, only 5,000 plants were planted in a hectare whereas the full potential of a hectare amounts to 12,500 plants.

“When there are only 5,000 plants of tea, the workers have to work hectares and hectares to obtain their 12 kg of tea per day. These workers obtain Rs. 40 per kg,” Wijewardena said, adding that the renewal process of tea would benefit the estate workers.

He further mentioned that it would take over three years to reap the benefits of the replanting process. “After the tea plants are planted, it takes up to three-and-a-half years for them to fully grow and be suitable for plucking. We are also planning on planting at least 5,000 hectares of tea,” he said.

He also noted that the replanting process in the tea industry was a massive task which demanded a costly initial investment.

“It costs Rs. 2.5 million to plant a hectare of tea, and this can be somewhat an arduous task for small-scale tea farmers as well as industries. Therefore, the Government has granted them a subsidy of Rs. 500,000,” he stated.

However, emphasising the fact that the process would provide some sort of relief for small-scale farmers, Wijewardena also mentioned the ongoing discussions with the Ministry of Plantation Industries as well as the Treasury to increase the subsidiary amount to Rs. 1 million. 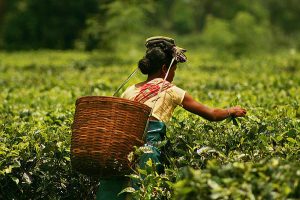 Sharing insights on the impact of this large-scale project on the environment, renowned environmental lawyer Jagath Gunawardana stated that the decrease in productivity in tea plantations is a result of unethical practices carried out by various groups engaged in the industry.

He stated that irresponsible practices concerning the environment have greatly contributed to this cause.

“Firstly, we must stabilise the soil before continuing with the replantation process. We see a lot of soil erosion in the Hill Country; soil that was once rich in essential nutrients is now polluted due to palm oil cultivation and other practices that destabilise the components of healthy soil,” he said.

He further stated that it is absolutely essential to do an environmental impact assessment (EIA) before initiating a project of such magnitude.

“It is mandatory by law to submit an environmental impact assessment before initiating a project involving more than five hectares of land,” he affirmed.

Further elaborating, Gunawardana said: “According to the Soil Conservation Act No. 1 of 2009 (Gazette No. 1633/4 of 21 December 2009 Regulation No. 5), any person who grows plants and crops shall do so according to the guidelines issued by the Director General of the Agriculture Department, more specifically the guidelines apply to cutting or forming of forests, construction of sidewalls, and planting of power crops.”

Moreover, he stated that according to Guideline No. 7, the cultivator of tea cannot use a mammoty or any tool with a working edge exceeding 5 cm and overall length exceeding 50 cm for weeding purposes. Gunawardana further highlighted the importance of ensuring that a proper drainage system is in place before continuing with the process of replanting.

In this backdrop, The Sunday Morning reached out to Central Environmental Authority (CEA) Director General P.B. Hemantha Jayasinghe who stated that the replanting of the tea estates was initiated as a pilot project and not for any commercial purposes.

“In my personal opinion, an environmental impact assessment of an initial environment examination should be executed in this regard. However, to my knowledge, they have neither conducted an assessment nor an initial examination,” he said. Yet, he refused to acknowledge whether the regulations given by the Agriculture Department were followed in replanting the crops.

Speaking further on the matter, CEA Central Province Director K.P. Welikannage stated that an examination of the sort was not necessary when it comes to replanting.

“Regrowing crops do not necessarily require an impact assessment. We conduct an assessment only if the matter is concerned with deforestation or destruction of habitat,” he said.

Addressing this issue, the Sri Lanka Tea Board Chairman also mentioned that an impact assessment is not a necessity when replanting crops that have already been in existence.

The Government’s decision to lift the ban on glyphosate (weedicide) may not help the cause of soil erosion when further replanting tea crops.

The industry and its workers

Climate change and other environmental factors may have also contributed to the downfall of the tea industry. With the drastic change in weather patterns, the Central Province specifically faced a major threat with the lack of water due to pine tree plantations.

Pine trees absorb minerals that are embedded in the soil, leaving the soil malnourished with poor fertilisation.

The province faced a drought last month, affecting 4,974 families and 19,230 individuals according to the Disaster Management Centre (DMC) situational report.

Lanka Jathika Estate Workers’ Union (LJEWU) General Secretary and State Minister of Plantation Industries Vadivel Suresh stated that the tea industry should be resuscitated in order to enrich the current state of the tea industry in Sri Lanka.

“We must introduce a new variety of tea plantations to the world. The climate is changing; therefore, we must adapt to a new system. We’ve been replanting the estates the same way we’ve been doing for the past 100 years or so, without taking into consideration the inevitable factor of change,” he averred.

He stated that “it is essential we adapt to these changes and initiate a sustainable process of planting”.

As one of the main export commodities of Sri Lanka, Ceylon tea has a reputation for the highest level of quality. However, the hard work behind the finished product often goes unnoticed – especially with regard to the great contribution from manual labour, including tea plucking. The exploitation of the estate workers exists not only in Sri Lanka, but also India and Kenya – countries that also have major tea industries. A total revolution of the estate sector is necessary to move forward, he stated.

Suresh further stated: “When the Government owned the tea sector, it subsidised production. Thus, the costs of maintenance of the estates were very low, yet the private corporations did not respond to increase the salary of estate workers.”

He also suggested the introduction of a special task force to initiate ideas from the Tea Research Institute of Sri Lanka.

At present, a tea estate worker earns a basic wage of Rs. 750 per day.

June 17, 2019 bythemorninglk No Comments
Former Western Province Governor Azath Salley appeared before the PSC on Tuesday (11) where he testified that former Defence Secretary Gotabaya Rajapaksa had links with the SLTJ

September 29, 2019 byThe Sunday Morning No Comments
Gathering forensic evidence from sites of mass graves for tracing purposes has not taken place over a considerable amount of time, and after years of various initiatives, Sri Lanka finally managed