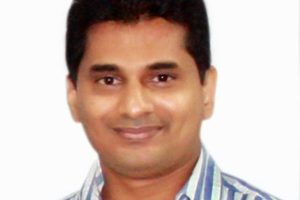 The Batticaloa University has been plagued with controversy with the authorities claiming it never sought approval to conduct a Sharia law degree programme, despite being promoted as a “Sharia University” by the management.

The private university, approved by the Board of Investment (BOI), was a project mooted by Eastern Province Governor M.L.A.M. Hizbullah and is currently owned by his son and a board of directors.

Hizbullah is accused of planning to introduce a Sharia and Islamic studies degree programme in the university.

Following the Easter Sunday attacks, a number of politicians and academics had urged the Government to take over the university, alleging that it could be a centre for Wahhabism which has been accused of being a source of global terrorism.

Ministry of City Planning, Water Supply, and Higher Education Secretary M.M.P.K. Mayadunne told The Sunday Morning that the Batticaloa Private University was a non-state university and they have requested the ministry in 2016, seeking approval for five degree awarding programmes.

“But the ministry considered only one programme – the IT degree – and appointed a team of specialists to review it. It is a long process,” he said.

“We haven’t received a request for a Sharia Law degree programme,” he said.
Asked whether the ministry has taken a decision to bring the university under their purview, Mayadunne said that such a decision had not yet been communicated to the them.

“Before we approve any private university, we consider three main criteria, including the content of the degree programme, human resources, financial stability, and sustainability, and the physical infrastructure. If the private university complies with all these criteria, we have no reason to reject the proposal,” he explained.

Highlighting the market space for private universities in the country, the secretary explained that the country needs more universities as out of 250,000 students passing out the G.C.E. A/L examination, only 30,000 could be absorbed by the existing state universities. Another 10% of students leave for foreign universities depending on their financial stability, but for the rest, there should be universities or space for higher education, he stressed.

There is enough market space for higher education institutions in the country, he said.

University Grants Commission (UGC) Chairman Prof. Mohan De Silva said: As per the University Act of 1978 (as amended), the UGC is mandated only to plan and coordinate university education and regulate administration of the 15 state universities that come under the purview of the UGC. And therefore, the issue of the Batticaloa University does not concern the UGC, he said.

Meanwhile, former Higher Education Minister Wijayadasa Rajapaksha stated that during his tenure as the minister, he had not received such a request. He urged the Government to take over the university and monitor and control it.

Speaking to The Sunday Morning, National University Teachers Association Secretary Prof. Channa Jayasumana said: “In several universities, the Sharia law was being taught but in this respective university, there’s a separate department for Sharia law. The teachers of this university were said to be from foreign countries as in Sri Lanka, there are no competent teachers as at present.”

“Teaching the history of Sharia Law is not a problem, but forming a separate department in a university to offer degrees on Sharia law couldn’t be accepted,” Prof. Jayasumana stressed.

“It is similar to what we teach about Hitler and his administration. We are not forming a separate department to offer degrees on Hitler’s administration. Likewise, Sharia law can be taught in universities but that is for the purpose of Islamic history or its culture, not to train students to practice Sharia law in Sri Lanka,” he explained.

Explaining the story behind “Batticaloa University”, Eastern Province Governor Hizbullah said the university had not yet commenced and they were planning to open it in August.

“It is a non-state university which comes under the Higher Education Ministry. We need to get permission from the ministry for all course materials and degree programmes, which we haven’t yet received. So far, we have requested two programmes – BSc in Quantity Surveying and Information Technology, and it takes about one year to review them,” he said.

“This started in 2015, and it is totally different from the 2013 university college. This is a private project and the approval has been granted from the BOI and this is a non-profit institution. The funds were from a Saudi Arabian trust called the “Ali Al-Juffali Trust”, and all transactions were transparent and made through the Bank of Ceylon.

It is an interest free loan which has to be repaid within 15 years. The total funds received were Rs. 3,600 million,” Hizbulla said.

Speaking about the controversial Sharia law programme, Hizbulla said: “It was a subject, and Sharia is not what everyone thinks it is. It teaches how an Islamic follower should spend his life according to the religion. There is nothing wrong with teaching Sharia and some other universities also have Sharia as a subject.”

April 8, 2019 bythemorninglk No Comments
The public seems to have been severely inconvenienced by the prevailing power cuts and water cuts.