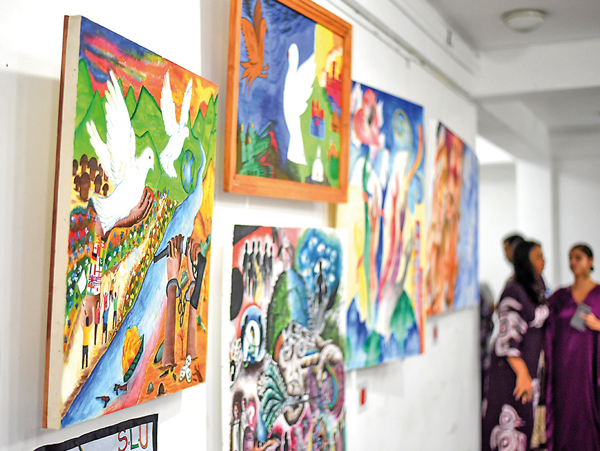 On 19 October, the “Be the Break” art exhibition was launched at the JDA Perera Gallery in Horton Place, Colombo 7.

The artwork continued to be on display till 21 October. The exhibition was organised to provide a free and safe platform for artists, designers, photographers, and videographers to share their interpretation of the exhibition theme with the public. The theme of the exhibition was “Exploring the break in human nature”, which perpetuates cycles of violence and hatred, discussing causation and solutions, and reinforcing the #NeverAgain stance and promise for Sri Lanka, showcasing the need for a progressive mindset and new age initiatives in Sri Lanka that action this. It is a timely topic and attracted a big audience to the event. We were aptly served with local delicacies like roast paan and kiribath and there even was an uncle serving bombai muttai. 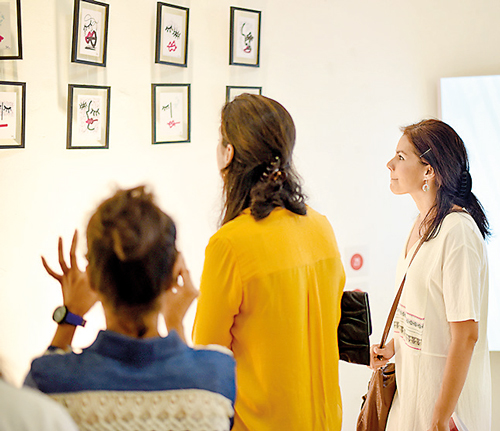 The exhibition was hosted by The Platform Establishment. Their focus is on producing events that are out-of-the-box and original and creating a way of communicating, illustrating, and bringing to life concepts that are detailed and unique. The exhibition was organised to fashion a new mindset and inspire positive action in the community, to invoke progressive thoughts and encourage freedom of expression, to introduce and generate awareness on public memorialisation, and to encourage a united front and appreciation for the repercussions of the 30 years of violence in Sri Lanka. All the exhibits were made and presented beautifully. 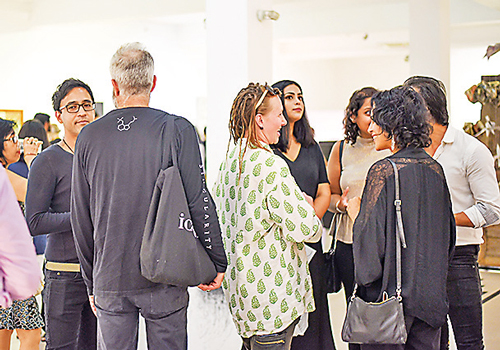 The exhibits itself were made by both well-established and fresh artists. Sonali Dharmawardena, Kavan Balasuriya, Salvage and Geshany Balder, Anusha Gajaweera, Lakshika Hewage, Tamarra Jayasundera, Jade Jayawardena, Anura Krishantha, Kasuni Rathnasuriya, Patricia Mamelka, Lalith Manage, Bandu Manamperi, Minal Naomi, Oshini Perera, Pala Pothupitya, Koralegedara Pushpakumara, Sujith Rathnayake, Susiman Rinoshan, Kavindu Sivaraj, Mika Tennekoon, and Aruna Vidana Arachchi were among them. All of them were also available to all the invitees to speak to during the launch. The different and unique interpretations of the theme were beautifully expressed.

There was also a live performance art piece by Priyanthi Anusha titled “Climbing the Ladder”. She got the invitees also engaged with the performance. The piece explored the challenges faced by a breastfeeding mother when wanting to climb the ladder. With many mothers having lost their children during these many cycles of violence, her piece was meant to question how they can focus on climbing the ladder of success. 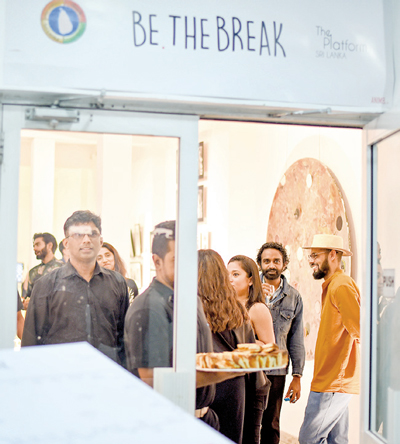 Certain exhibition pieces on display were also auctioned through a silent auction. The proceeds were going to Sri Lanka Unites, a youth movement for peace and reconciliation. Sri Lanka Unites is a grassroots movement that has been in operation since 2007, engaging with over one million youth and active in 25 districts of the country, with over 25,000 members, over 1,000 volunteers, and six reconciliation centres. The event will promote an inclusive Sri Lankan identity and break the cycles of violence and circles of hate. Marking 10 years since the end of the war and six months since the Easter attacks, Sri Lanka Unites collaborated with The Platform Sri Lanka to host a national memorialisation and collective pledge titled #NeverAgain and aspired to inculcate a collective identity and resolve as a new generation of Sri Lankans for an inclusive Sri Lankan identity and a non-violent, peaceful, prosperous future.

The six centres also contributed to the exhibition with a variety of art pieces which were also available to be purchased. 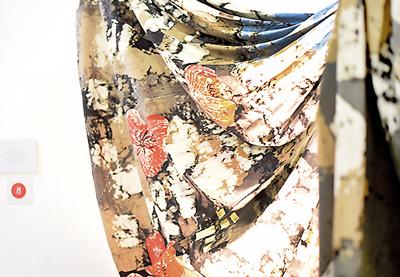 A significant portion of the proceedings from this auction will go towards Sri Lanka Unites’ initiative to build a new reconciliation centre in Point Pedro, Jaffna. Each of these centres provide English, IT, and business entrepreneurship diplomas for 75 students each year. The remainder of the sales proceeds will go towards supporting the exhibiting artists and their practice.

#Arsikcoup – thank you for the crisis

April 7, 2019 bythemorninglk No Comments
From 29 March to 5 April, Colombo was granted the pleasure of taking a peek into the current goings-on in the fictional alt-world of Arsikland, this time in a fully-fledged musical fashion.