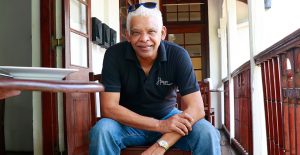 Colombo restaurant owners are breathing a sigh of relief following the Government’s decision to delay the islandwide cattle slaughter ban by a month, The Sunday Morning Business learns.

Speaking to us, Colombo City Restaurant Collective (CCRC) President Harpo Gooneratne stated that it was a good move to postpone the ban, as the hospitality industry will have a hard time adjusting to such a move.

“This is excellent news. We hope they reconsider and do not go through with the ban, because otherwise the whole industry here is going to find it very difficult.”

The decision to postpone the ban came on 10 September, just two days after the initial announcement of the ban, after discussions with respective groups, according to Cabinet Spokesman Minister Keheliya Rambukwella. Addressing the weekly cabinet media briefing, he stated that Prime Minister Mahinda Rajapaksa had only put forth a preliminary opinion on 8 September, but he expects to put forth a formal proposal soon.

When contacted after the initial announcement of the ban, Gooneratne stated that as long as the hospitality industry is granted the facilities to import beef products, the ban will not be a problem. Taking tourists as an example, he explained that most tourists come to countries like Sri Lanka and look for good steak, and therefore the industry must deliver.

He stated that this ban would mean a definite increase in the prices of the food, so the Government should look at giving lower duties for the industry.

“In countries like Singapore, they do not charge big duties for the importation of food items, and some countries are even duty-free for these items; but here, even cheese has a duty of 110%. So I have always been lobbying for the Government to either reduce the duty or remove the duty on specialised food items, and help the hospitality and tourism industries.”

Gooneratne also stated when the prices increase, it will eventually impact the customers as they will be the ones being charged for the import duties the industry has to pay, and this may even lead to some restaurants looking at other alternatives to beef.

The proposal for the ban of cattle slaughter in the country was presented by Rajapaksa in a ruling party parliamentary group meeting at the Parliament Complex. He explained that the proposal was raised a long time ago, but no government made it a law.

However, Minister Dr. Bandula Gunawardana has said that the Government would not object to importing beef for the benefit of meat eaters, according to local media reports.

May 5, 2020 byCharindra No Comments
Sri Lanka’s national carrier SriLankan Airlines is launching dedicated cargo services to a host of destinations in Europe, Middle East, Far East and the Indian subcontinent.