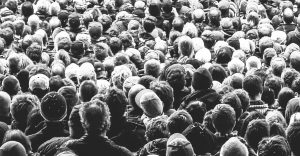 Forty days after the Easter Sunday attacks, the blame game over why intelligence warnings weren’t heeded continues with even greater intensity. Meanwhile, hapless Sri Lankans watch on with disgust at the political games being played by the First and Second Citizens of the country at a time when Mother Lanka is in need of a united nation.

The political one-upmanship and blame games that have been at play since 21 April is now reaching its peak.

Last week, the embattled IGP Pujitha Jayasundara broke his self-imposed silence and moved the apex court, filing a fundamental rights (FR) petition challenging his suspension from office by his boss, the President. One would recall Jayasundara stood his ground when President Maithripala Sirisena directly asked him to resign, insisting that he had done his duty by informing his boss, the President.

In the days since the deadly incidents, various people of political standing other than the IGP have publicly announced, citing informed sources, that the highest authority was informed of the intelligence that had been received prior to 21 April of an impending attack by Islamist extremists in the country.

The FR petition filed by Jayasundara and the first day’s proceedings of the Parliamentary Select Committee (PSC) probing the Easter Sunday attacks resulted in President Sirisena claiming last week that he had not been informed either on 9 April or any other day about the impending attacks or the threat posed by the mastermind behind the Easter Sunday attacks, Mohomad Zahran or his National Thowheed Jamath (NTJ).

Be that as it may, what is becoming increasingly clear is that a lot of skeletons will be laid bare when the closets are broken open, as will a whole lot of worms crawl out of the can if and when the Supreme Court decides to take up Jayasundara’s petition.

The Presidential Secretariat has fired the first salvo to begin operation salvage with denial of prior knowledge of intelligence warnings. The stage is now set for a clash of titanic proportions only equal to the moving of the Supreme Court over the ouster of the United National Front (UNF) regime on 26 October last year.

Given what’s brewing on the horizon, the media has got into a frenzy on setting the agenda for reportage. For all intents and purposes, Sri Lankan audiences have been there, done that and know very well what’s coming. Which is why it has become quite hilarious the manner in which some media outlets are desperately trying to set the news agenda for the day.

For instance, the flavour of the day is the so-called entry of foreign forces. Forgotten in the process is the war on drugs and that particular fugitive by the name of “Makandure Madush”. Whatever happened to him and his investigation which was the subject of minute-by-minute “breaking news” updates not so long ago?

Which brings us back to the primary question: Who sets the media agenda?

What is absolutely ironic is that the same media which decries the PSC proceedings as a great betrayal of the intelligence community thinks nothing about revealing that the Criminal Investigations Department (CID) of the Police is now investigating the phone records of 1,800 individuals who are supposed to have had telephone conversations with NTJ Leader Zahran. Given the information now in the public domain, chances are that whoever feels they are in hot water will flee the country, leaving investigators frustrated.

Whatever said and done, even without a regular IGP, the Police Department is continuing its exemplary job in extracting all of the movers and shakers of the Easter attacks. Their dedication and commitment to duty is commendable and may be the only silver lining the public can set its hopes on.

The discovery of the laptop of Zahran is bound to be a gold mine for investigators, and if dissected well, can well lead to the complete annihilation of the murderous clique. This crucial discovery is the direct result of meticulous police work and is exactly what Sri Lanka desperately needed to be rid of this latest threat of extremist terrorism. But at the same time, the Police must not lose sight of the immediate threat of NTJ members on the loose who could well don the veil of mainstream Muslim sects and evade detection. This is all the more apparent in the revelations made by one of Zahran’s victims in the east.

One Musafeer, as identified by himself, claimed that Zahran himself, accompanied by four others, had attacked him with swords two years ago in the East. He now claims that at least two of his attackers were currently roaming free right under the nose of law enforcement with local police turning a blind eye. Therefore, it is pertinent to question if the Police is missing the wood for the trees.

Along with the controversies surrounding the lead up to the devastating attacks, the follow up investigations will be keenly followed by an exasperated public.
Whatever said and done, the next few weeks will be all about the revelations of the intelligence on the Easter Sunday attacks and its aftermath before the PSC and an ousted police chief making every effort to regain his credibility while his boss will be trying every trick in the book to save himself. The amenable media for either party meanwhile will try their best to portray their man as either the victor or the victim, as the script dictates. The question however remains – can you fool all the people all the time?

October 21, 2018 bythemorninglk No Comments
The country’s national carrier, SriLankan Airlines, has been dealt a severe blow to its restructuring process by the arrival of an Airbus A330-200 aircraft that was taken on lease as part of the......

Let’s win the battle, and the war

April 12, 2020 byTSM Web Desk No Comments
It is inevitable that when a government focuses all its attention and resources on a critical issue, other areas that need attention tend to get neglected.