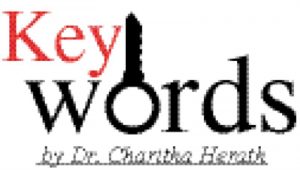 The first point I would like to highlight is the fact that we are once again taken down memory lane to the incidents of 1983 Black July that took place under the then UNP rule, as a result of the “White July” media propaganda carried out by the Government itself. The 1983 Black July riots, which were a direct result of a wrongly articulated political strategy of the 1977 UNP Government, not only brought pain, suffering, and loss to one ethnic minority, but also defamed the entire nation. The ‘83 riots commenced with the intervention of certain well-known political figures like Cyril Mathew of the UNP and provided the space for terrorism to flourish in the North, further giving them a reason to politically justify their actions.

Black July set the stage for the LTTE to practise terrorism in broad daylight, which until then was mostly clandestine. The (not so) hilarious case here is that today, the same camp that created Black July is proposing a “White July”, making a mockery out of their own political practice.

On the other hand, the motivation behind the White July campaign is none other than politicians trying their luck at pacifying citizens for misfortunes like the 21 April terror attacks – another consequence of improper political practices and bad governance from the current Government.

However, it is ironic that they had to use “Black July”, a product of their own Government, to market the “White July” campaign; it is yet another futile effort to whitewash their own mistakes and shortcomings in governance.

One significant point we all must consider at this juncture is whether we are still internally in that same fragile situation of 1983 July, even after 36 years. As a multi-ethnic society, if we are in that state where any extremist group has the liberty to set harmony and co-existence in this country aflame, the underlying factor is that we as a country have not learnt from the mistakes of the Black July riots. The worst failure of this Government is creating mistrust across ethnic and religious groups, making it easy for any minor incident to inflame tensions within our society.

Hence, in my opinion, it is first and foremost crucial to be attentive to certain events planned by certain religious and political groups in July in order to prevent another Black July.

Another important point is the economic downfall of the country. The economic sector has by now receded to a state where there is neither proper strategy nor policy to drive it.

At present, the tragedy which befell the economy has turned our country into a destitute debtor who struggles to earn their daily bread and butter. The tragedy here is that the Government has assigned the portfolios of economic and finance management to persons who are neither qualified nor capable to take up the challenge. And what’s worse is that as a result of the current economic crisis, citizens have become utterly hopeless for their future.

In this context, economic development has become a trading mechanism through which candidates multiply their votes; some ministers are initiating housing projects while some others are initiating services like free ambulance facilities.

Furthermore, they run media campaigns including full-page paper advertisements to promote this trading. In fact, this system of trading has come to such a stage where it seems many politicians have started to believe that running media campaigns every week to promote their “initiatives” is part of the governing process. This situation has arrived at the worst juncture where, in my opinion, a future government will have to appoint a separate commission to investigate financial misappropriation in such political propaganda alone.

A most crucial crisis we are heading for this July is the repercussions of the Government trying to manipulate our policies in order to satisfy certain foreign interests. In my point of view, countries like ours can only survive in the face of current developments in the international arena if we establish our governing system based on strong policies.

However, when we look at certain foreign agreements this Government is attempting to negotiate, it is clear that either the majority in the current Government does not understand the gravity of such agreements or they are not concerned about the possible serious negative impacts as a result.

Particularly, if we take the Status of Forces Agreement (SOFA), it is likely that current leaders would compromise national security on top of the prevailing economic situation.

Most academics and experts of the subject are of the view that this agreement could adversely affect us, which will ultimately lead the country into an era far worse than that of Black July.

This July, as citizens of the country, we are destined to experience a governing structure where the issues between the President and the Prime Minister (PM) are obvious even to the common masses. The President is trying to find fault with every action of the PM while the PM is pointing fingers at the President for all the failures in the Government.

The issue has reached a whole new level, and as a result, “governing” has become a mere ball-passing game between the two ruling parties of the Government. As a direct consequence of this situation, all apparatuses in governance, including law and order, are facing the calamity of “non-function”.

This year’s July will make itself remarkable as it marks certain horrendous events. Another such event is the rumour about the President trying to delay the presidential election, which otherwise was earmarked for November. If in case these rumours are true, the President will unknowingly (or knowingly) commit the crime of further depriving the citizens of the right to vote.

In such a situation, all political forces will have to enter a judicial procedure and the judiciary will decide the timeframe of the presidential election. Though one cannot still predict the outcome of such a situation, it will definitely add to the existing political calamity of the country.

One last crisis we came across in the beginning of this month was when the former IGP was taken into custody. In my opinion, this demonstrates a serious lesson on the failure of the politics of January 2015.

The practice of taking revenge by taking political opponents into custody commenced with the Rajapaksa regime in 2015 and has continued for four years since then.

Now, the time has dawned where the same tragedy has come tapping on the doors of those who were instrumental in carrying out such political vengeance. This situation is clearly portrayed in one of the famous poems by Martin Niemöller:

(Dr. Charitha Herath can be reached via Twitter @charith9)

March 10, 2019 bythemorninglk No Comments
A conspicuous absentee during last week’s budget presentation was the Head of State, President Maithripala Sirisena.

May 20, 2019 bythemorninglk No Comments
There is no universally accepted definition of radicalisation. A widely used one, by the European Union (EU), describes it as “the process by which a person comes to adopt extreme political, social...