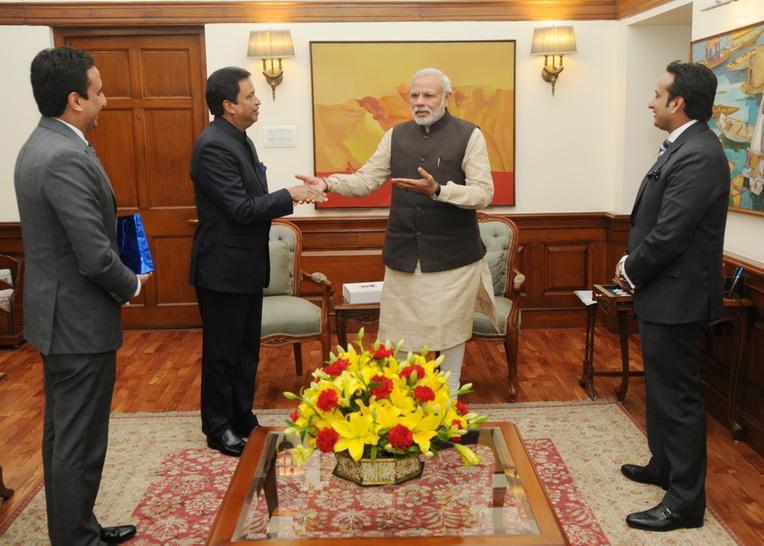 Nepali billionaire and business tycoon Dr Binod Chaudhary, who is a major investor in Sri Lankan leisure sector, believes Sri Lanka is about to experience a new “wave of growth” in spite of the series of Easter Sunday attacks and its fallout.

Chairman of CG Corp Global Chaudhary, who invested in the Taj Samudra Colombo during the height of the war in 1998 and has invested in Sri Lanka ever since, said that he wasn’t wrong with his debut investment into the hospitality sector in the country for CG Hospitality “and I’m not wrong about the next wave of growth the country will see in the months and years to come.”

Chaudhary made these comments at Indian Prime Minister Narendra Modi’s swearing in ceremony held on May 30th at Rashtrapati Bhavan New Delhi.

Looking at the economy post the Easter attacks, Chaudhary recalled investing in Sri Lanka at a time when Colombo was akin to a war zone.

“Business was at an all time low as was the economy.  But I’ve always had a positive feeling about Sri Lanka and the friends I have from this country have nurtured that feeling in me.  I know that the potential Sri Lanka has is just immense.”

His business interests in Sri Lanka span a segment of pioneering leisure offerings, including Jetwing Hotels, CHC Bungalows and travel company India Safari Tours, in addition to the Taj Samudra.

“I was very optimistic when I brought CG Corp into Sri Lanka and I’ve been able to work with some very visionary partners from then on,” he says citing Jetwing, Ceylon Hotels Corporations and Hatton Plantations.  CG Hospitality Lanka headed by Tilak de Zoysa now has five more properties under its portfolio of Ekho Zinc Journey, in addition to the partnership Chaudhary mooted with Jetwing Hotels.

He said that Modi, in his second term, will be able to usher in new developments not just for India but for the entire region. With Modi’s significantly larger mandate instilling immense confidence in his ability to accomplish not just his goals for India but for this South Asian region, Chaudhary believes Sri Lanka will benefit even more from this renewed leadership in India.

Chaudhary heads more than 130 companies in diverse sectors, including financial services, energy, education, hospitality and real estate spanning 30 countries and four continents adds that he has always been excited about taking calculated risk. CG Hospitality currently holds a formidable portfolio of 125 hotels in 12 countries through 90 destinations and 6500 keys, pioneering cutting edge concepts across hotels, resorts, residences and spas in Asia, the Middle East and Africa.

October 3, 2019 byCharindra No Comments
SML Frontier Automotive today (3) announced a change of its company name to Access Motors to align with its holding company, the Access Group.

October 23, 2019 byCharindra No Comments
Havelock City has announced that it is ready to handover its Phase 3 Residential Apartments having obtained the Certificate of Conformity (COC) from the Urban Development Authority (UDA).