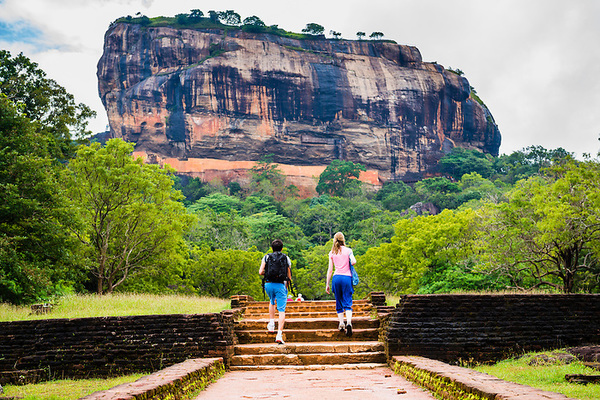 Tourism and Cultural ministries in a ticket tug o’ war

A conflict is brewing between the Ministry of Housing, Construction, and Cultural Affairs, which overlooks UNESCO World Heritage Sites, and the Ministry of Tourism Development around the reduction of tourist ticket prices for these sites.

A few weeks ago, Minister of Tourism Development, Wildlife, and Christian Religious Affairs John Amaratunga, briefing the media on the measures taken to promote the terror-hit tourism industry, noted that he would shortly request the Ministry of Cultural Affairs to reduce the fee charged from international tourists to visit these heritage sites.

He noted that this proposal was meant to pull more tourists to these sites as the high prices charged at present serve as a deterrent and are considered as discriminatory by tourists.

Amaratunga reiterated this when he told reporters at Temple Trees last week that the Ministry of Cultural Affairs was preparing a cabinet paper following the proposal made by the Ministry of Tourism.

Furthermore, the official added that even if the Tourism Ministry makes such a proposal in the future, the Cultural Affairs Ministry would not act on it as it would lead the Ministry to financial difficulties in maintaining heritage sites.

This was attributed to the high maintenance cost which only leaves a small profit. According to the official, the earnings from the heritage sites are used to preserve the cultural value of the sites and also to provide a hygienic environment for visitors.

The official added that the Ministry had not received any complaints with regard to ticket prices from tourists, and the drop in the number of visits at heritage sites was due to the climate of fear created by the Easter Sunday attacks and not overpriced tickets.

International tourists are currently being charged $ 30 to visit Sigiriya, $ 25 for the ancient city of Polonnaruwa, $ 5 for the Galle Museum area, $ 25 for the Anuradhapura sacred Area, $ 15 for Sinharaja Forest Reserve, Rs. 1,500 each for the Dambulla Cave Temple and Sri Dalada Maligawa (Temple of the Sacred Tooth Relic), and Rs. 630 for the Knuckles mountain range.

Moreover, the official noted that there is no need to reduce the ticket prices as the number of visits to heritage sites are picking up faster than initially expected.

“We thought it would take more than a year to recover, but we can see the number of visits to heritage sites improving significantly already.”

According to data provided by the Cultural Affairs Ministry, tourist earning from Sigiriya amounted to Rs. 90 million in July while the rest of the heritage sites reported Rs. 32 million.

Heritage sites, Sigiriya in particular, witnessed a speedy recovery in July, compared to its Rs. 34.8 million earnings a month before.

The official noted that Sigiriya usually generates over Rs. 150 million in revenue from tourists per month and that it is the leader among the three profit making heritage sites, the other two being the heritage sites in Polonnaruwa and Anuradhapura.

Seruwawila Mangala Raja Maha Vihara and Seruwawila to Sri Pada (Adam’s Peak) and the ancient pilgrim route along the Mahaweli River in Sri Lanka are pending classification from the UNESCO as World Heritage Sites.

August 23, 2019 byTSM Web Desk No Comments
Starting from the winter season, LOT will fly from Warsaw to Sri Lanka with flights being operated seasonally.