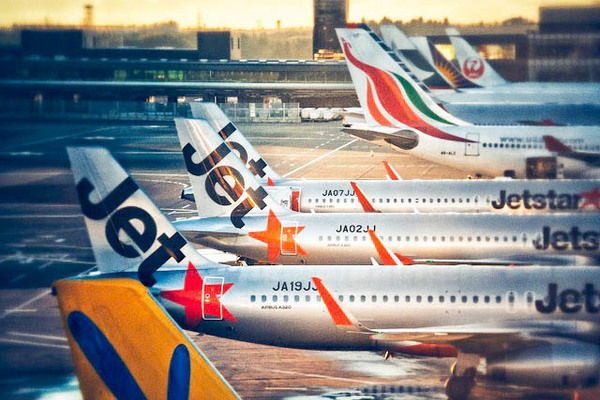 Jetstar Airways has no plans to operate direct flights from Australia to Sri Lanka, and the only discussions ongoing are on the prospects of it beginning flights between Singapore and Colombo.

Therefore, SriLankan Airlines will not have any competition on the route it currently monopolises.

When reached for comment by international media, a spokesman for Jetstar said that while it was always reviewing its network for opportunities where there is demand, it has “nothing to announce at this stage’.’

However, Jetstar’s General Sales Agent (GSA) in Sri Lanka, Hayleys Aviation, confirmed to The Sunday Morning Business that Jetstar has no plans to operate direct flights to Colombo.
“There is no room for two players in the Australia route. There has to be one; SriLankan Airlines is the dominant player. Nobody will try to compete with them,” Hayleys Aviation Director/General Manager Gerard Victoria noted.
However, he added that the Jetstar is under preliminary-level discussions and doing a feasibility study to operate direct flights from Singapore to Sri Lanka, which has been a less competitive route after Emirates pulled out of that route in October. According to Victoria, Jetstar has a hub in Singapore for its operations and most probably will assign a narrow aircraft such as the Airbus A320.
“The numbers are sufficient for one more player.”
In August last year, Emirates announced that it will suspend flights EK348 and EK349 from end-October which were operating between Singapore and Colombo. The decision was made after a periodic review of their operations to ensure the best utilisation of their aircraft fleet.
Prior to the clarification from Hayleys Aviation, SriLankan Airlines’ monopoly on direct flights from Australia appeared to be under threat with potential competition from Jetstar.
Speaking to The Sunday Morning Business early last week, SriLankan Airlines CEO Vipula Gunatilleke said that the entry of a competitor in the Australian market would have an impact on SriLankan’s operations.
“This operation will take a while to commence but if it does, yes, it will be competing with us. There will be an impact, but we would like to look into that because we will have other advantages such as connecting passengers.”
He added that SriLAnkan has considered direct flights to Sydney, but have put those plans on hold after the Easter Sunday attacks.
Australia climbed to the second place on the monthly list of Sri Lanka’s top tourism source markets for the first time, a culmination of several months of increasing interest in the island from Australian travellers.
According to the reports from the Sri Lanka Tourism Development Authority (SLTDA), 4,410 Australian tourists visited the country during the month of June. In 2018, the Sri Lankan tourism industry welcomed 110,928 Australian travellers to the country.
According to Sri Lanka Tourism Promotion Bureau (SLTPB) Chairman Kishu Gomes, while still having lesser numbers annually when compared to countries like China, the UK, Germany, France, and Italy, the growth in Australia has been much more than the growth recorded in all the other countries.
“Over the next two to three years, Australia has the potential to probably become the second or third largest tourist generator for Sri Lanka,” he said, speaking to The Sunday Morning Business.
To capitalise on the increase in Australian tourists, Minister of Tourism Development, Wildlife, and Christian Religious Affairs John Amaratunga stated at an event recently that they are having a promotional programme in Australia this October.
Sri Lanka became more accessible to Australians in October of 2017, when SriLankan Airlines launched Airbus A330-200 – the first direct flight between Colombo and Melbourne. The 10-hour flight features 18 business class seats and 251 economy class seats.

Thailand FTA finalisation in 2020 as 2nd round of negotiations commence

September 19, 2018 byCharindra No Comments
With the second round of the Thailand - Sri Lanka free trade agreement (FTA) negotiations getting underway today, the Thai government has announced that the FTA would be finalised by 2020.