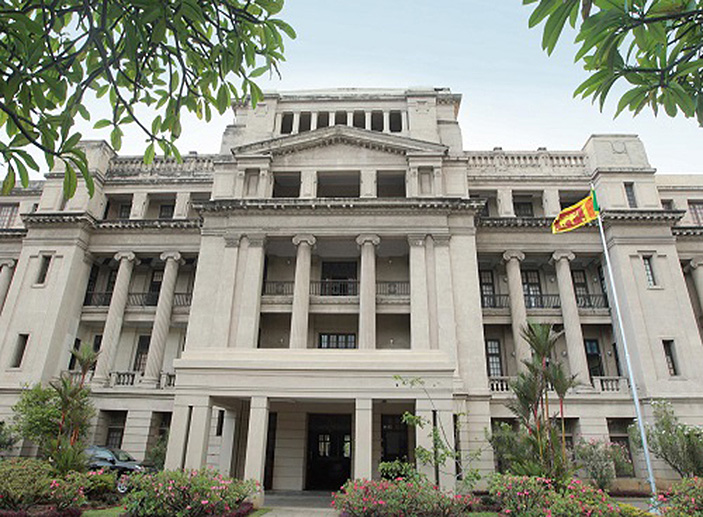 The working capital soft loans for the tourism sector, which were announced in mid-May to provide relief to the industry hardest hit by the Easter attacks, only became properly operational last week, The Sunday Morning Business learnt.

Speaking to The Sunday Morning Business on Friday (12), Sri Lanka Tourism Development Authority (SLTDA) Chairman Johanne Jayaratne noted that a meeting was held on Thursday (11) with the banking and non-financial banking industry to ensure all institutions adhere to the circular given to them by the Central Bank of Sri Lanka (CBSL) on the relief packages.

“When a person goes to a bank in a remote area, we found that that bank is either unaware of the situation, which is the case that has been reported the most, or are not willing to work with a particular customer. Sancharaka Podda (the name of the scheme under which the soft loans are provided) has been given wide publicity but has not been implemented properly,” Jayaratne noted.

Jayaratne further stated that there are technical and operational issues that have to be addressed with the help of the CBSL and Treasury, and he is optimistic of solving them within the week.
“My expectation is that it should be all sorted out next week. We will keep pushing. Hopefully, they will sort it out. And there will be a process where the transactions are eased off. The process is still ongoing,” he said on Friday.

As at Thursday (11), the Ministry of Finance had received only five applications from banks requesting approval for working capital soft loans.
An official from the Ministry told The Sunday Morning Business that out of these five, three applications were already approved while the other two were said to be approved on Friday (12).

According to the official, the Ministry is aware of the sluggish approval process but noted that the delay is caused by banks’ usual procedures when providing a loan, which is unavoidable.

Speaking to The Sunday Morning Business, an official from People’s Bank Head Office stated that the bank had received less than 10 applications for working capital soft loans but noted that their other branches around the island may have received more applications.

“We are evaluating the 10 applications now. Branches have to check the applications and send it to the Head Office. I think the total number of applications all branches received must be larger.”

HNB had received less than 100 applications requesting for working capital soft loans and so far, nothing has been rejected while some were still in the evaluation stage.

The Ministry of Finance, the steering entity of this initiative to provide relief to the battered tourism sector, had sent a Memorandum of Understanding (MoU) along with a circular on pertaining to the working capital soft loans to 19 banks on 14 May.

As of mid-June, only state-owned People’s Bank and Bank of Ceylon (BOC) along with Hatton National Bank, Union Bank, and Commercial Bank of the private sector had signed the agreement. During a press conference on 17 June, an official from the Treasury noted that all 19 banks were expected to enter into the MoU that week.

However, when The Sunday Morning Business contacted the Ministry of Finance on Friday (12), they said that three state banks including Regional Development Bank (RDB) and six private banks signed the MoU. The Lankaputhra Development Bank merger with RDB brought down the number of banks that didn’t sign to nine.

Following the Easter Sunday attacks and its devastating impact on the tourism sector, the Government introduced working capital loans up to the total value of Rs. 250 million to help the industry carry out day-to-day operations, and the decision on the exact amount to be given is dependent on the previous year’s turnover of the individual/entity applying for the working capital loan.

The loan has a preferential interest rate as low as 3.46% and the borrower can take two years to repay it. These loans have been available for the industry since 17 May and were further announced at a press conference on 30 May.

Owners of tourist hotels, guest houses, homestays, bungalows, rented houses, heritage bungalows, rented apartments, boutique hotels, boutique villas, and hostels are eligible for these loans and entities and individuals both registered and currently not registered with the Sri Lanka Tourism Development Authority (SLTDA) can apply. However, the non-registered individuals and entities have to register with the SLTDA prior to applying for the loan.

The working capital soft loans initiative is driven by the Ministry of Finance and not by CBSL, as the fund allocator for this concession is the Treasury. Therefore, the banks are required to send requests of working capital soft loans to the Department of Development Finance to get further approval. However, the soft loans are still coordinated on behalf of CBSL by its Regional Development Department, as it is the banking sector regulator.

August 27, 2018 byCharindra No Comments
The Commercial Bank of Ceylon has been named the most respected bank in Sri Lanka for the 14th year running in the 2018 rankings of the Most Respected Entities in Sri Lanka compiled by LMD.

October 23, 2019 byCharindra No Comments
The Central Bank of Sri Lanka (CBSL) announced today (23) that it has cancelled the license issued to The Finance Company PLC (TFC) with effect from today following several regulatory actions.