February 11, 2019 by themorninglk No Comments 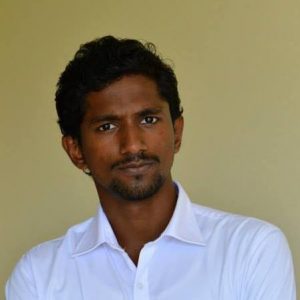 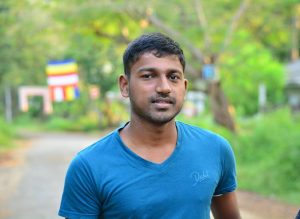 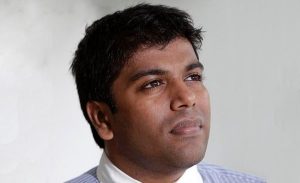 Driving in Sri Lanka can be a nightmare. Too many drivers show a blatant disregard for road rules and driving etiquette. Unfortunately, bad driving can spread like cancer as one bad driver may embolden several others to throw the rulebook out of the car window and focus on getting ahead at any cost. What if there was a way to ensure that these drivers stick to the rules, work toward bettering their driving, and therefore improving Sri Lankan driving culture as whole? Enter Mosurace.

Mosurance is best described as usage-based insurance which contributes not only to the betterment of driving culture in Sri Lanka, but the insurance sector as well. The idea behind it is to incentivise drivers to drive better by reducing their insurance premiums depending on their driving behaviour. That is, lower premiums for better drivers and vice versa.
While usage-based insurance isn’t a common theme here, it has been implemented countless times in US and some European countries, to varying degrees of success. Former batch mates at the Faculty of Engineering in the University of Moratuwa, Jey Jenthan and John Anton came up with Mosurance two years ago, while brainstorming for ideas that were both innovative and helped the country overall.
According to Jenthan, the first few ideas they came up with didn’t pan out, which was when they noticed the severe lack of innovation in the insurance industry.
“We found some issues in the insurance sector and wanted to disrupt that market. So we built our idea and started pitching it to insurance companies.”
However, entering this sector was no easy feat for the duo.
Jenthan stated that before launching the company, they pitched the idea to countless insurance companies but were turned down each time. This was due to the nearly impenetrable, traditional state of the insurance industry, evident in Sri Lanka for the past few decades.
When the batch mates thought all hope was lost, the duo ran into serial entrepreneur and Sri Lanka Association of Software and Services Companies (SLASSCOM) Chairman Jeevan Gnanam at an event and pitched their idea to him.
After a short brainstorming session, Gnanam came on board as the Managing Director. Not only did he provide seed funding for the venture, he also helped them revise their model, enabling them to approach the insurance industry from a new angle.
After this sudden boost, the duo built the platform, tested a couple of the devices, and was finally able to bring an insurance company on board, after which Mosurance was incorporated.

Mosurance COO Udhayakumaran Siddharthan went on to explain that they provide insurance companies with the technology required to monitor and analyse a driver’s behaviour, finally sending the data gathered to the respective insurance companies.
“This device has a lot of senses and these senses feed in direct data to our cloud, where we do data analytics and process that data. From there, we get a lot of meaningful information on the driver’s behaviour.
“The behaviour that is recorded is attributed to whether your driving is bad or good, whether you’re accelerating too much, speeding, or even making sudden left turns. We collect all that information and give you a driving score.”
He also stated that in order to register, all a driver has to do is pick an insurance company that has partnered with Mosurance and select the policy that grants the driver the option of usage-based insurance.
“It’s basically like taking out an insurance policy. You can either choose to take traditional insurance policy or you can take a policy based on your driving behaviour. A traditional insurance policy is based on the value of the vehicle – if the vehicle is priced higher, then your insurance premium is high – but Mosurance factors in the value of your vehicle, as well as the way you drive it.”
The driver can then download the app which helps him/her monitor their driving skill and the relevant reduction in their insurance premium. If their driving isn’t up to standard, the app gives the driver tips on how to improve.
Siddharthan also mentioned that the device is so easy to install that the drivers can do it themselves. It just needs to be plugged in similar to a USB device. He also went on to state that despite being easy to plug in, the device cannot be cheated. If the device is unplugged from your vehicle, Mosurance gets an alert and a message is sent to the driver to plug the device back in. This also means that when unplugged, the driver’s insurance isn’t valid. He added that if the device is plugged in a completely new location from the one it was unplugged from, the insurance provider will be informed, and they will conduct their own investigation into the matter.

While starting off only in Colombo, Siddharthan said that their main vision is to expand throughout Sri Lanka and improve driving conditions islandwide.
“Our entire vision is to improve driving behaviour in Sri Lanka and create a society that is not inconvenienced by someone’s driving patterns. How we want to do that is by dominating the usage-based insurance space.”
As for their future plans, Siddharthan said that the device was capable of doing a lot more, and can also be anything a motorist wants.  He also mentioned that the device has a collision index that will notify the insurance provider if and when a severe accident takes place. The company also plans to introduce a leader scoreboard where drivers can compare their driving with their friends.
Mosurance is set to launch during the first quarter of 2019, and will reveal the insurance provider they’ve currently partnered up with, during the launch.

August 25, 2019 byThe Sunday Morning No Comments
Located in the very heart of Kandy, the Bogambara Prison, one of the city’s biggest landmarks, is currently being repurposed into a cultural park and tourism centre.

January 17, 2019 byRandev No Comments
Thef:;llstop, in partnership with leading German lighting company, LUCTRA®, have released a range of ground-breaking lighting products based on cutting-edge scientific research.