How many committees does it take to fix an airline?

August 8, 2019 by themorninglk No Comments 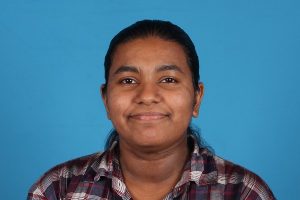 On 1 March, the International Monetary Fund (IMF) approved $ 164.1 million under the Extended Fund Facility after successfully completing the fifth review for the country. According to the IMF, restructuring and enhancing the governance of SriLankan Airlines and other state-owned enterprises (SOEs) and the implementation of price formula are key issues that should be addressed.

SriLankan Airlines has a new CCO and CFO as a result of the numerous numbers of commissions formed to assess and come up with a restructuring process. Presently, the losses alone had accumulated up to Rs. 40 billion in a time frame of 2016-2018.

The solution is pretty straightforward – find the root cause and then come up with recommendations. However, restructuring in the case of SriLankan Airlines appears to be a rather daunting process for the Government, with endless committees and subcommittees working on a strategy. The Government started off by appointing cabinet members and state officials in the first commission. It took them three years to realise that it is crucial to appoint experts to look into this matter. Even after appointing four committees plus consulting the best in the aviation industry, Nyras, what they have achieved so far is the appointment of a new board and a new management along with the CCO and CFO. Given the climbing amount of debt from operating the airline and also knowing the intensity of the losses, why have they taken such a long time to plan a way out of this?

The first such committee was formed back in May 2017, focusing on privatising the airline. The council was headed by Prime Minister Ranil Wickremesinghe and consisted of officials from the Cabinet and other state officials. Following up on the process, it was reported that the Prime Minister was to take the decision on restructuring the airline in July 2017.

“By 31 July, we have to give an internal restructuring plan to the Prime Minister, basically looking at what we have to do internally with SriLankan – irrespective of whether we are getting a partner or not, we need to move forward,” a statement given by then Minister of Public Enterprise Development Kabir Hashim.

However, implementation did not materialise, and on 8 December 2017, the President appointed another special ministerial committee and a committee of officials to assist them to decide the fate of SriLankan Airlines with a deadline of two weeks, with a report due to be submitted on 20 December 2017. The actions regarding the airline were to be implemented on or before 31 July 2018. Why does the Government take such a long time – almost half a year to implement these recommendations? The role of any government in an economy is to adjust market failures, not to cause more.

By 2018, Nyras, one of the leading aviation consultancy firms, was hired after the initial round of recommendations, and (it) presented a comprehensive report. However, the consultancy group has now filed a lawsuit against the Government because of delayed consultancy payments. While these measures were taken and international consultants hired, SriLankan Airlines was still piling up losses at an exponential rate.

By 7 January 2019, the President formed yet another commission to conduct a comprehensive study – review the present vision and mission objectives, strategies, corporate plan, and action plan of the airline – and come up with recommendations for restructuring, which does not consist of any member of the previous committees formed by the President. Does this mean that the previous four committees appointed (two committees in 2017, one in 2018, and another in 2019) are redundant?

Exercising our rights as citizens, we need to push for fast reforms as this is a black hole sucking out tax-payer money. It has taken five committees including consultancy from Nyras to address various issues of SriLankan Airlines for the past three and a half years. With these five committees, what the Government has achieved so far is inducting the board of the airlines.

What we can take from this is:

1) The commissions have submitted recommendations that wouldn’t workor

2) The Government is incapable of implementing these recommendations

3) The Government is being wilfully negligent by not taking action and implementing recommendations.

Given past experiences, these failures indicate a combination of the second and third conclusions.
SriLankan Airlines, which was then operated under Emirates – a renowned carrier of United Arab of Emirates, enjoyed a profit of Rs. 4.4 billion for the year 2008. The next 10 years, once the airline was taken over by the Government, suffered heavy losses due to the decline in performance and poor governance. The national airline had been climbing down in terms of performance as well as losses.

How many committees would it take for the Government to really execute any of these plans? When the good governance regime started their office in mid-2015, the losses of SriLankan Airlines were Rs. 16.4 billion. The losses of the airline had more than doubled up to a cumulative loss of Rs. 40 billion for the time period between 2016 and 2018. It took losses of Rs. 40 billion, and three years’ worth of planning to appoint two vital roles, the Chief Commercial Officer and the Chief Financial Officer, to the airline. How enormous should the losses be for the government to implement restructuring procedures? What would be at stake by then? This is indefinitely an answer Sri Lankans would not like to find out.

(Dilshani N. Ranawaka is a research executive at the Advocata Institute. Her research areas are labour economics, behavioural economics, and public finance. Advocata is an independent policy think tank based in Colombo, Sri Lanka. They conduct research, provide commentary, and hold events to promote sound policy ideas compatible with a free society in Sri Lanka. She can be contacted at dilshani@advocata.org or @dilshani_n on Twitter)

Keep your faith in us, Uber tells Sri Lanka

February 29, 2020 bythemorninglk No Comments
Uber Sri Lanka has reaffirmed its commitment to Sri Lanka with the addition of new safety features in an agile response to widespread criticism.

May 27, 2020 byCharindra No Comments
Kelani Tyres PLC, which imports and sells tyres in addition to its joint venture businesses,has seen lower demand even after the removal of a prolonged curfew, except in two districts.