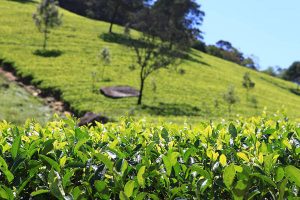 Sri Lanka has traditionally been fertile land for the main traditional plantation industries of tea, rubber, and coconut, each of which has their own unique history on how they became flourishing industries and gained global significance over the years. However, the proud reputation Sri Lanka had for its excellence in these sectors appears to be waning due to a number of reasons.

The tea, rubber, and coconut industries that brought in millions in foreign earnings to Sri Lanka face pressure as they haven’t been performing up to their potential levels over the last several years.

Whilst regional peers reap record yields Year-on-Year (YoY) from their tea, rubber, and coconut cultivations, Sri Lanka has been struggling to maintain what it’s achieved in the previous years.

The Sunday Morning Business decided to investigate, in detail, the reasons behind this declining trend, especially in an era where the rest of the world utilises sophisticated technologies such as robotic systems and aerial images in the agricultural sector, enabling rapid development.

Gunawardena stated that during the past three years, Sri Lanka’s coconut industry faced devastating problems and saw a historical drop in its annual coconut yields in 2017, which amounted to 2,450 million nuts; a 17.5% yield reduction compared to 2016.,

However, according to the Coconut Research Institute (CRI) estimation, amidst drought, Sri Lanka produced 2,900 million nuts in 2018. However, Gunawardena believes the figure would be higher upon the official release of the data.

Coconut is one of the major plantation crops in Sri Lanka which accounts for approximately 12% of all agricultural produced in Sri Lanka. The total land area under cultivation is 395,000 hectares.

Gunawardena said that when an average price of a coconut remains between Rs. 40-45, coconut cultivators tend to increase productivity.

Despite challenges in the industry, Gunawardena was optimistic about achieving over 3,000 million nuts this year, driven by well-distributed favourable monsoon Sri Lanka experienced in the fourth quarter of 2018.

“Due to the rain we had last year, we will not have issues regarding the yields until May this year,” he said.

Accordingly, the industry might face issues after May, attributed to weather patterns.

To cater to the existing demand for nuts in the country and for exports, the coconut industry in Sri Lanka requires around 3,600 million nuts for its smooth operation. Sri Lanka locally consumes about 1,750- 2,000 million fresh nuts per year.

Sri Lanka currently reaps five coconuts from a single tree per month, below its optimal level.

“We have the potential to increase it to six coconuts from a tree per month,” Gunawardena said.

On the other hand, Sri Lanka’s coconut industry is also affected by mites, stated Gunawardena.

Supported by temperature, these mites grow mostly in dry zones and discourage labourers as they attack them.

“They grow easily in the dry zones. But during the rainy season, they get washed out,” he said.

Reportedly, such mites hinder pollination and obstruct the productivity of the sector.

As a measure towards these issues and to increase labour participation, the Government is in the process of distributing predator mites.

“We will be distributing 200,000 predator mites packets over the next two years. In addition, we are considering machines for insect attack issues,” he added.
The Government also considers developing another coconut triangle in the northern part of the country.

He said that the water and soil content in the northern part of the country are conducive for coconut cultivation.

According to Gunawardena, taking into account the unpredictable weather patterns and its adverse impact on the agricultural sector of the country, the Government is planning to provide subsidies to develop the irrigation system in coconut cultivated lands.

They are also considering increasing the productivity of coconut monoculture lands through intercrop cultivation.

“In coconut cultivations, other spice products, like pepper, are promoted,” he said.

However, according to the Central Bank of Sri Lanka’s (CBSL) latest reports, earnings from coconut exports during the first 10 months in 2018 were recorded at $ 266.7 million, a 12.1% decline compared to the corresponding period in 2017.

The Sunday Morning Business sought information from Sri Lanka Tea Board (SLTB) Chairman Lucille Wijewardena on tea yields, and he admitted that there was a YoY decline and attributed it to the low tea replanting rate, lack of infilling spaces, and adverse weather conditions.

He said: “Not replanting enough and not infilling spaces in the sector are the main reasons for this decline.”

Wijewardena noted that ageing tea bushes and low productivity levels are downsides of the sector.

“The number of tea bushes has been decreasing in Sri Lanka and so is the quality.”

Over 70% of the tea is cultivated by smallholders. Sri Lanka requires that a minimum of 2% of its total tea production is replanted annually, which incurs a cost of at least Rs. 8 billion, but currently, barely 1% is replanted.

In addition to this, when replanting, the gestation period for a new plantation of tea is around four years including rehabilitation of the land. During this period, the tea sector workers have to be given concessions by the Government.

Even though replanting consumes a large sum in government expenditure, there is a dire need to carry it out in a vigorous manner in order to ensure viability of the industry.

Describing the perennial problems the tea sector has been confronted with over the past several years, Wijewardena stated that the number of tea bushes have reduced from 5,000 bushes per acre to 3,000 bushes per acre at present, owing to the failure in addressing issues of the sector.

Further, the industry was severely affected upon the introduction of the glyphosate ban which was lifted later through a Special Gazette dated 11 July, 2018 after much lobbying by stakeholders.

Even though the ban was removed, effects of it prevailed for a considerable period of time.

According to Forbes and Walker Tea Brokers, the lifting of the ban is likely to provide much needed relief to producers and, in particular, to large-scale plantations, enabling them to execute agricultural practices required to achieve the full potential of the plantations to increase tea production in Sri Lanka in 2019.

However, according to the Central Bank of Sri Lanka’s (CBSL) latest reports, earnings from tea exports during the first 10 months in 2018 was recorded at $ 1.2 billion, a 5.3% decline, compared to the corresponding period in 2017.

To determine the trend in terms of performance in rubber yields, we spoke with the Rubber Research Institute of Sri Lanka (RRISL), Additional Director V.H.L.

Rodrigo, where he said that there was, in fact, a decline in the rubber production, and attributed it to unfavourable movements in world prices and lower competitiveness.

Rodrigo said: “There is a decline in rubber production due to lack of competitiveness and low pricing. In our country, rubber is not really competitive.”

He noted that the lack of productivity and high cost of production make Sri Lankan rubber uncompetitive, as the global market price of rubber is lower.

“Our productivity has dropped. As we engage in value addition to rubber in Sri Lanka, we need to import one-third of the required rubber,” Rodrigo said.

According to Rodrigo, people who own agricultural land refrain from utilising it for rubber plantation, and even if they do, are known to pay less attention to it.

Also, similar to the tea sector, replanting is necessary to double its yields, and this could take five to seven years, through use of modern practices
“People should adopt proper practices in rubber cultivation,” he added.

“Compared to other countries, we have lower yields and higher cost of production, whereas they have higher yields.”

According to him, the Government is trying to expand rubber cultivation to non-traditional areas. Earlier, cultivation was limited to Gampaha, Kalutara, Kandy, Matale, Galle, Matara, Kurunegala, Rathnapura, and Kegalle.

Sri Lanka’s rubber sector is the third-largest export earner of the country, providing over 300,000 direct and indirect job opportunities.

According to the Export Development Board (EDB) data, rubber plantations have expanded to nearly 133,668 hectares. Out of this, 85,442 hectares (64%) are contributed by the rubber smallholder sector, 46,635 hectares (35%) are owned by 20 Regional Plantation Companies, and 1,591 hectares (1%) are managed by government institutions.

However, according to the Central Bank of Sri Lanka’s (CBSL) latest reports, earnings from rubber exports during the first 10 months in 2018 were recorded at $ 27.5 million, a 17.5% decline compared to the corresponding period in 2017.

The Government and the private sector stakeholders of the Sri Lankan rubber industry have set high targets to increase the share of rubber and rubber product export earnings by 15% and for the total exports of the sector to exceed $ 3 billion by the year 2020.

Meanwhile, the Ministry of Plantation Industries has come up with their Master Plan for 2017-2026 with an ambitious target of achieving a gross industry turnover of $ 4,000 million in 2025, out of which, the target set for the rubber products manufacturing subsector amounts to $ 3,600 million.

Examining the information shared by leaders in these three industries, it is evident that Sri Lanka’s decades-old cultivations are now in dire need of an active labour force, proper related frameworks, and the utilisation of technological advancements and modern processes.

Will 2019 be the national agricultural export sector’s year of recovery?

June business confidence recovers from 11-year low in May

July 3, 2019 byCharindra No Comments
Business confidence in Sri Lanka has recovered from a constant decline since February, which was exacerbated by the Easter attacks, according to the latest LMD-Nielsen Business Confidence Index.