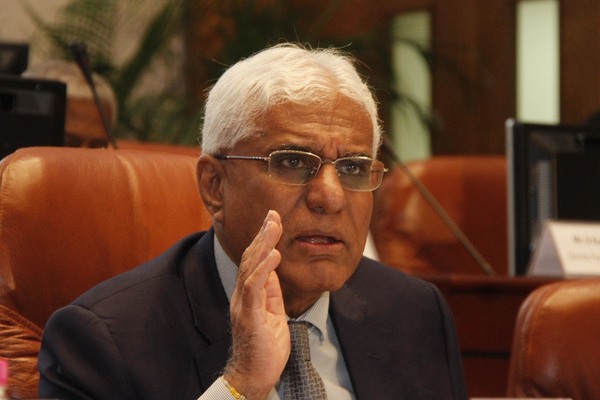 “When you have a conflict, there is a risk premium attached to the country’s economy. To overcome this and receive projects, you must achieve a higher rate of return than you did before,” he said during the “Progress as a Nation” event held by the Ceylon Chamber of Commerce on 18 July.

Dr. Coomaraswamy recollected a personal experience of having dealt with disharmony in the form of Black July in 1983, and the immediate and lasting impact it had on the economy.

“Back in 1983, when I was working for the Finance Ministry under Ronnie De Mel, the Japanese Ambassador at the time came to see us one day. He told us that Japan had a strategy to export capital rather than export goods, due to the trade surplus in Japan. The idea was to use their surplus to invest, and they identified four countries which were Malaysia, Indonesia, Thailand, and Sri Lanka.”

“On their first day here, we had a big show for them at BMICH, but due to the LTTE communal disturbances during the time, the event which started at 9 a.m. was cut short and ended at 10 a.m. All 35 Japanese investors returned to the Oberoi, where they were staying, and unfortunately got to witness Pettah burning. The very next day, they took a plane back to Japan, and we didn’t get a single cent from them,” Dr. Coomaraswamy said.

He pointed out that these investments were a massive turning point for the economies of Malaysia, Thailand, and to a lesser extent, Indonesia. He stated that due to the social disharmony at the time, Sri Lanka missed out on a great opportunity.

The Progress as a Nation forum was organised with the aim of discussing the issues and concerns arising from the fractured nature of today’s society and the widespread suspicion and mistrust, which has made it difficult for Sri Lankans to sustain a common identity.

Dr. Coomaraswamy stated that we have already missed several investment opportunities due to conflicts that have arisen in the community.

He then took a far more recent example which related to the most recent communal disharmony that took place in the country, and iterated why the bombings were less damaging in terms of investor sentiment than the subsequent riots and vandalism.

“A few weeks ago, we wanted to raise money before the upcoming elections to make sure we had sufficient money for the next 12 months. So, we decided to test the markets. We spoke to several investors/banks and they told us a couple of things. First, they stated that they were used to bombings and they understood that situations like this happen, provided the response to it was decisive; and fortunately for us, it was. Our forces were able to stabilise the situation very fast. However, what concerned them was the breakdown of law and order two weeks after the bombing. They asked us if there were any festering disharmonies in the community that was emerging once again, and if this would cause another 30-year affair.”

He explained that during the 30-year war, the risk premium affected the investments that were coming into the country, and in an attempt to get these investments back, they had to give tremendous concessions. This eventually led to the revenue collapsing where the regular collect GDP of 20% went down to 12%.

“The increase of the risk premium in the economy is a direct consequence of having social disharmony, and we don’t want to miss any more opportunities because of it.”
Photo Pradeep Dambarage

July 15, 2019 bythemorninglk No Comments
Nations Trust Bank American Express is giving its card members an opportunity to shop anywhere for anything and enjoy an extended settlement plan for 20 months with no handling fees or extra charges.

August 3, 2020 byCharindra No Comments
It is time Sri Lanka moves towards a rational and practical regime of working hours.